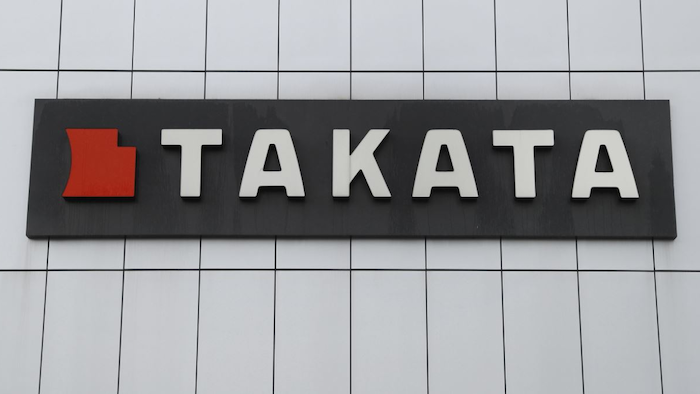 The National Highway Traffic Safety Administration said in a statement Friday that Heidi King, it's top official, has met with 19 affected companies urging them to accelerate the recalls and to post recall plans on their websites. The statement didn't say if automakers agreed to the request and NHTSA did not immediately answer messages left Friday.

Automakers missed a Dec. 31 deadline to replace 100 percent of the oldest and most dangerous inflators, and they have been slow to complete the recalls, which began more than 15 years ago. Automakers say it's difficult to get people to take their cars in for repairs, especially with older models.

Takata's inflators can explode with too much force and hurl shrapnel into drivers and passengers. At least 23 people have been killed and about 300 injured worldwide. The inflators have resulted in the largest series of auto recalls in U.S. history, covering 37 million vehicles and about 50 million inflators.

"It's imperative that manufacturers take every available step to reach each and every owner of a vehicle with deadly air bags and take action to ensure that those dangerous air bags are replaced as soon as is safely possible, King said in the statement.

But Jason Levine, executive director of the nonprofit Center for Auto Safety, said King has placed the burden on consumers rather than using the agency's authority to make automakers comply.

"Today, we see yet again this administration's inability to protect consumers as this announcement does nothing to make more readily available the replacement air bags that tens of millions of Americans are waiting on and deserve," he said Friday in an email.

Sen. Bill Nelson, D-Fla., said in an email that he asked King to demand that automakers submit binding plans to show how they'll fix the vehicles.

"She needs to stop begging them for action, and actually use her authority to get the job done," he said.

Toyota said it already has made Takata recalls more prominent on its website and is publishing quarterly compliance reports that include scheduled recalls.

NHTSA is managing the recalls in an effort to make sure the most dangerous inflators are replaced first.

Nissan said it already has accelerated one recall because parts are available. A General Motors spokesman was looking into the matter. A Ford spokeswoman said the company has posted recall information on its website but didn't answer a question about accelerating the recalls. A message was left for Honda.