Self-driving trucks would be allowed shorter distances between vehicles under legislation that the Michigan House passed Tuesday. 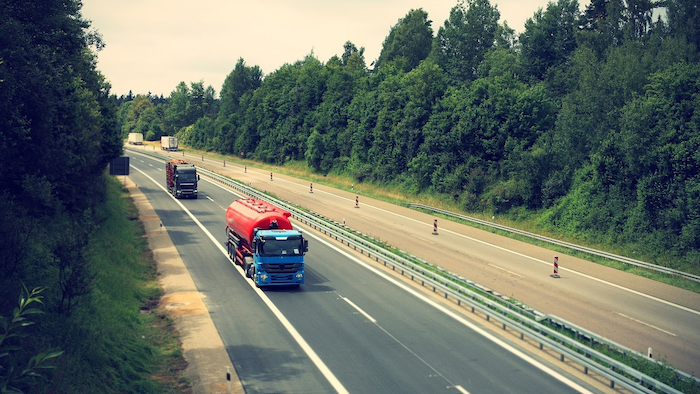 Self-driving trucks would be allowed shorter distances between vehicles under legislation that the Michigan House passed Tuesday.

Lawmakers voted 64-44 for a bill that would provide an exemption to Michigan's requirement that trucks maintain sufficient space behind another truck, as long as the vehicle is part of an electronically linked group of self-driving trucks known as a platoon. The legislation, which heads to the Senate, would not affect an already existing requirement that platoons accommodate other cars wishing to change lanes or exit the highway.

"I see no real downside to it," Webber said. "We have to have our laws keep up with this technology if we want to be at the forefront."

Webber said he envisions platooning will arrive in Michigan a lot sooner than driverless commercial vehicles and believes Tuesday's bill would optimize the practice, as platooning trucks work best when closely following each other. The change, which applies to two-lane highways, does not give him safety concerns, he said.

"I envision this mostly with semi-trucks and probably doing it more when they're doing stuff late at night," he said. "Obviously it's not going to be rush hour traffic in the city of Detroit."

Democrats overwhelmingly voted against the bill, citing concerns with what they see as a lack of research on the safety of self-driving technology. Michigan Teamsters, a labor union representing truckers, also opposed the legislation.

In March, the first pedestrian death from a self-driving vehicle occurred in suburban Phoenix from an autonomous Uber SUV.