A driver whose sedan collided with a self-driving vehicle owned by Waymo has been cited for running a red light, police in a Phoenix suburb said Saturday. 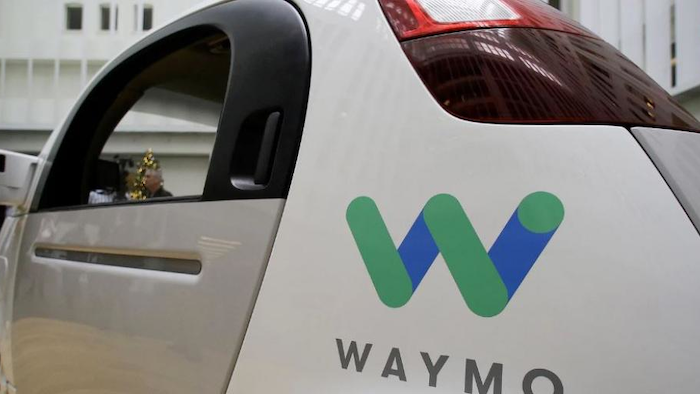 CHANDLER, Ariz. (AP) — A driver whose sedan collided with a self-driving vehicle owned by Waymo has been cited for running a red light, police in a Phoenix suburb said Saturday.

Chandler Police Department spokesman Seth Tyler said that the Waymo-owned Chrysler minivan was in manual mode and slowing for the red light when the collision occurred Friday.

Police had said initially that the Waymo minivan was in autonomous mode with a person in the driver's seat.

Tyler said that investigators determined the accident occurred after a Honda sedan ran the red light and swerved to avoid a vehicle that had the green light.

The Honda then went across a raised median and into opposite-direction traffic lanes where the collision occurred, Tyler said.

The Honda and the Waymo vehicle had significant damage, and Tyler said the Waymo driver had injuries that required hospitalization.

Tyler did not elaborate on the Waymo driver's injuries but Waymo said in a statement that it was "concerned about the well-being and safety of our test driver and wish her a full recovery."

The company also said its mission is to make roads safer. It released a video of the moments before the collision.

Neither driver's identity was released.

The safety of self-driving technology has come under recent scrutiny. A pedestrian in the Phoenix suburb of Tempe died in March after she was struck by a self-driving Uber vehicle. It was the first death involving a fully autonomous vehicle.