Mahindra opened a technical center in suburban Detroit in 2012 and expects to have 250 employees in Michigan by the end of this year. 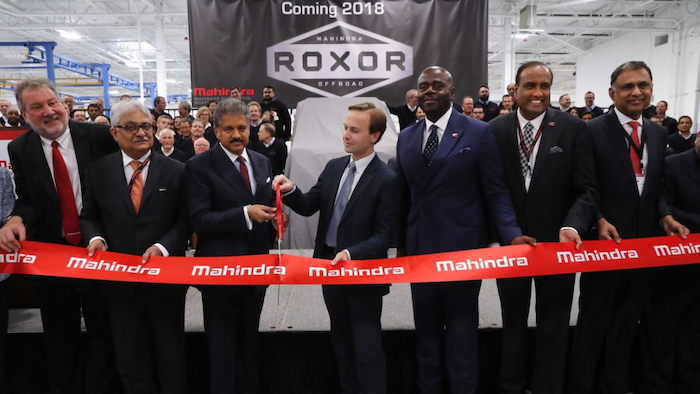 Mahindra says it will make an off-road vehicle at the 400,000-square-foot plant in Auburn Hills.

Mumbai-based Mahindra is India's largest SUV maker, but it doesn't yet sell cars or SUVs in the U.S., where it would have to find dealers and meet stricter safety standards. Mahindra currently sells tractors, scooters and off-road vehicles in the U.S.

It's also one of five companies in the running to build a new vehicle for the U.S. Postal Service. And it recently signed a deal to work with Ford Motor Co. on electric and connected vehicle technology.

Mahindra opened a technical center in suburban Detroit in 2012. It expects to have 250 employees in Michigan by the end of this year.