The legislation advanced after the bill's sponsors agreed to compromises to address some concerns of safety advocates. 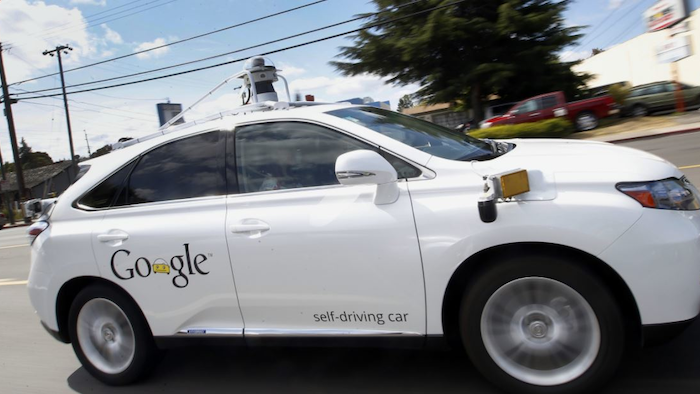 Legislation that could help usher in a new era of self-driving cars advanced in Congress on Wednesday after the bill's sponsors agreed to compromises to address some concerns of safety advocates.

The Senate Commerce, Science and Transportation Committee approved the bill by a voice vote, a sign of broad, bipartisan support. It would allow automakers to apply for exemptions to current federal auto safety standards in order to sell up to 15,000 self-driving cars and light trucks per manufacturer in the first year after passage. Up to 40,000 per manufacturer could be sold in the second year, and 80,000 each year thereafter.

Action by the full Senate is still needed and differences with a similar bill passed by the House would have to be worked out before the measure could become law.

The bill initially would have allowed manufacturers to sell up to 100,000 self-driving vehicles a year, but that number was reduced in last-minute negotiations. In another change, the National Highway Traffic Safety Administration would evaluate the safety performance of the vehicles before increasing the number of vehicles manufacturers can sell.

Supporters of the bill, which was sought by the auto industry, say it would be a boon to safety since an estimated 94 percent of crashes involve human error. They say it would also help the disabled.

The bill "is primarily about saving lives," but it will also increase U.S. international competitiveness and create jobs, said Sen. Gary Peters, D-Michigan.

Safety advocates said the bill has been significantly improved, but they still have serious concerns. Joan Claybrook, a NHTSA administrator under President Jimmy Carter, said the bill is one of the "biggest assaults" ever on the landmark 1966 law that empowered the federal government to set auto safety standards because it permits such large and unprecedented number of exemptions to those standards.

Automakers are "making guinea pigs out of their car buyers," she said.

Under the bill, the NHTSA would have 180 days after an application in which to grant or deny the exemption. Manufacturers must show that they can provide an equivalent of safety. Safety advocates say six months isn't enough time for an agency that is undermanned and lacks expertise in self-driving technology to effectively make such determinations.

The bill is broad enough to permit exemptions to standards that protect occupants in a crash, like air bags, safety advocates said.

There are no federal safety standards for many of the technologies at the heart of self-driving cars, like software and sensors, and there is no sign that the Trump administration would create such standards. Administration and auto and technology industry officials suggest that new regulations would be unable to keep up with rapid developments in technology and would slow deployment of self-driving cars.

The bill pre-empts state and local governments from enacting their own safety standards in the absence of federal standards. Industry officials have complained that being forced to comply with a patchwork of state safety laws would be unmanageable. But another compromise made to the bill allows states to continue their traditional roles of licensing vehicles and regulating auto insurance even if their actions affect the design of vehicles. Wrongful death lawsuits against manufacturers would also be allowed in states that permit them.

Automakers have experienced the largest number of recalls for safety defects in the industry's history in recent years. General Motors, for example, was found to have buried evidence of an ignition switch defect that ultimately caused the recall of 2.6 million small cars worldwide. The switches played a role in at least 124 deaths and 275 injuries.

Also, about 70 million defective Takata air bag inflators are being recalled in the U.S. The inflators are responsible for up to 19 deaths worldwide and more than 180 injures.