Many are suing Takata as well as Honda and other automakers over deaths and injuries, and for loss of value of their cars. 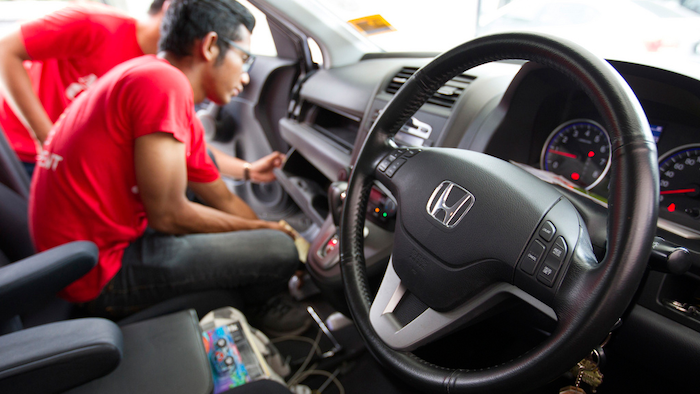 Honda is going public in an effort to debunk claims by lawyers that it knew about the hazards of exploding Takata air bag inflators nearly two decades ago but covered them up.

The automaker issued a statement Friday that outlines its defense against claims that Honda should compensate car owners because the use of Takata air bags caused their vehicles to lose value.

The public escalation of Honda's fight comes just three days before Takata Corp. is expected to file for bankruptcy protection in Japan and the United States. The company's inflators can explode with too much force, blowing apart a metal canister and hurling shrapnel into drivers and passengers.

The faulty inflators have killed at least 16 people worldwide and injured another 180. Many are suing Takata as well as Honda and other automakers over deaths and injuries, and for loss of value of their cars. The problem touched off the largest automotive recall in U.S. history involving 42 million vehicles and 69 million inflators.

Unlike other air bag makers, Takata uses the explosive chemical ammonium nitrate to inflate air bags, but it can deteriorate over time and burn too fast.

Honda, which for years was Takata's biggest customer, released an email from a company engineer that seems to show he knew about Takata problems and was afraid to speak up. But Honda says the email is being taken out of context by plaintiffs' lawyers. It also released an affidavit from the engineer saying he had incorrectly concluded that a 1999 Takata inflator explosion was caused by the same problem that plagues the inflators today. 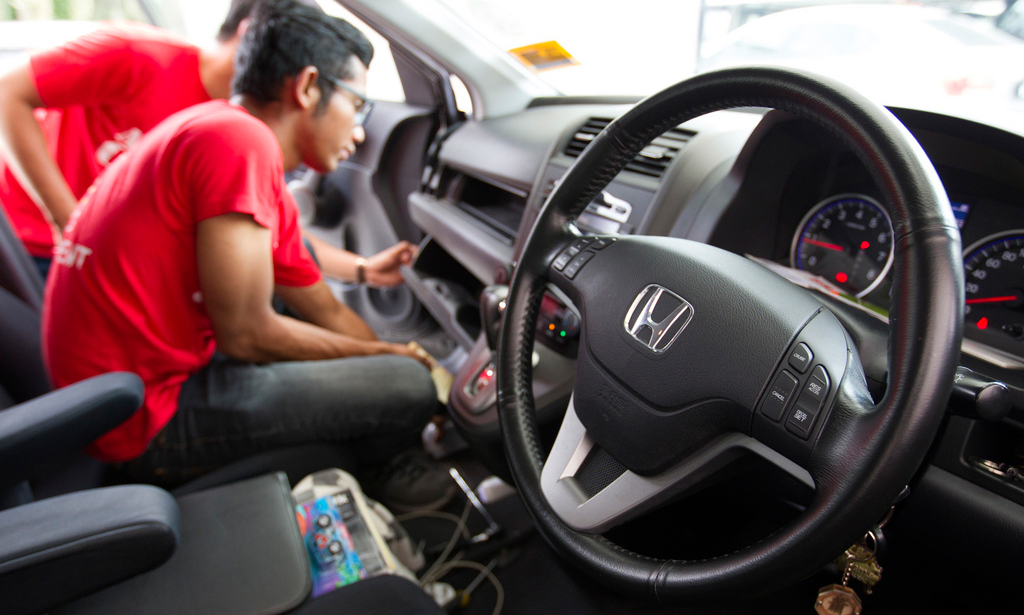 Honda said it has asked Moreno to admit Takata's criminal plea bargain as evidence, a strategy that other automakers will also pursue. Plea documents say Takata concealed the inflator problems and agreed to pay penalties and restitution. Honda also wants to admit deposition testimony of Takata employees that "establishes that Honda was a victim of Takata's fraud, not a participant."

Attorneys say Honda and at least four other automakers knew the inflators were dangerous, yet continued to use them because they were inexpensive. Automakers have denied the allegations.

Lawyers suing Honda want the Japanese engineer to testify. In the 2013 email, the unidentified engineer wrote to a colleague that he is a "witness in the dark" who knows the truth about Takata inflators. The engineer wrote that if he spoke to government safety regulators "it will cause a complete reversal in the auto industry" on Takata.

In the affidavit, the engineer says a prototype Takata inflator blew apart when he tested it in October 1999. Takata blamed it on a welding problem, but he didn't believe Takata did a thorough investigation. When he wrote the email, the engineer believed that the 1999 rupture was caused by deteriorating ammonium nitrate. But the prototype inflator was too new to have deteriorated, he wrote. "I now understand that I was incorrect and the root cause of the (inflator explosions) is not related to the root cause of the October 1999 prototype rupture," the engineer wrote.

Peter Prieto, lead attorney for the Takata plaintiffs, said in a statement that the engineer's email is one of many that lawyers have uncovered showing that Honda was aware of the safety risks of Takata inflators. "Even after dozens of air bag ruptures killed or seriously injured Honda customers, Honda continued to equip its vehicles with dangerous Takata air bags and waited years to take action to protect consumers," the statement said.