GM Says It Has Made 130 Self-Driving Bolts 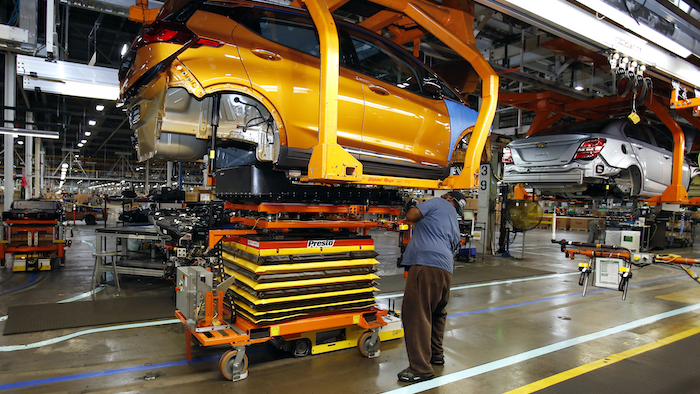 A battery is lifted into place for installation in the Chevrolet Bolt EV at the General Motors Orion Assembly plant Friday, Nov. 4, 2016, in Orion Township, Mich. (AP Photo/Duane Burleson)

The cars are equipped with GM's second-generation self-driving software and equipment. They will join 50 self-driving Bolts that are already being tested in San Francisco; Scottsdale, Arizona; and the Detroit area.

CEO Mary Barra says GM is the first automaker to assemble self-driving vehicles in a mass-production facility. GM has been building self-driving Bolts at its Orion Assembly Plant since January.

Barra says GM eventually plans to place the self-driving Bolts in ride-hailing fleets in major U.S. cities, but she gave no target date. She says the new vehicles will help GM accelerate its testing in urban environments.