GM Denies Allegations That It Cheats On Diesel Emissions

General Motors called the allegations in a lawsuit "baseless" and said it would vigorously defend itself. 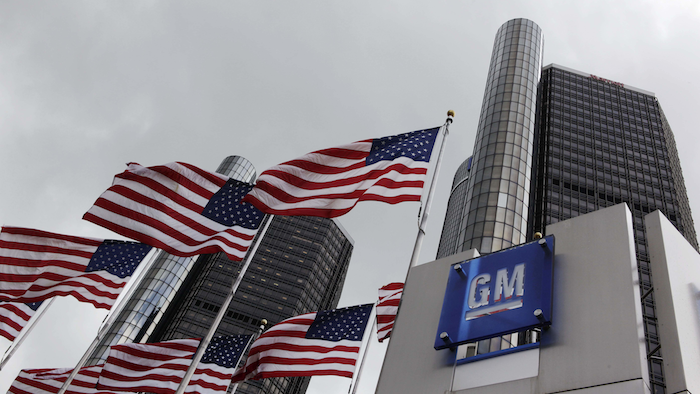 General Motors on Thursday denied allegations made in a lawsuit that the company's full-size diesel pickup trucks cheat on emissions tests.

The lawsuit filed by lawyers for two truck owners in U.S. District Court in Detroit alleges that trucks with Duramax diesel engines have three devices on them that are rigged to allow more pollution on the road than during treadmill tests in the Environmental Protection Agency laboratory.

But GM called the allegations "baseless" and said in a statement it would vigorously defend itself.

"The Duramax Diesel Chevrolet Silverado and GMC Sierra comply with all U.S. EPA and CARB (California Air Resources Board) emissions regulations," the company said in a statement.

The lawsuit filed by the Hagens Berman firm of Seattle alleges the trucks emit two to five times the legal limit for harmful nitrogen oxide. Also named as a defendant is Robert Bosch LLC, which made GM's electronic diesel controls. Bosch says it is cooperating with government investigations into emissions cases and "defending its interests" in lawsuits.

Diesel engines have been under scrutiny worldwide since Volkswagen admitted that its diesel cars cheated on tests.

The complaint on behalf of the truck owners alleges that the devices were installed on diesel engines in the Chevrolet Silverado and GMC Sierra heavy-duty pickups. Two of the devices reduce emissions controls when the air temperature is above or below the range in government lab tests. The other reduces the level of emissions controls when the trucks are running continuously for 200 to 500 seconds. Government tests don't last that long, the lawsuit says.

The law firm estimates that there are 705,000 of the diesel pickup trucks on U.S. roads.

The lawsuit demands a jury trial and seeks punitive damages, restitution, and recovery of the purchase price of the trucks or the decrease in their values because of the devices.

An EPA spokeswoman wouldn't comment Thursday when asked if the agency is investigating the GM trucks. But it's likely that the EPA ran extensive tests on a new version of the Duramax engine and determined that it met clean air standards. Ever since the Volkswagen scandal, the agency has tested new diesel engines both in the lab and on roads. The Duramax was new in 2017, and it was given legal certification by the EPA so it could go on sale.

The lawsuit comes just two days after the U.S. Justice Department sued Fiat Chrysler on behalf of the EPA alleging that some of its Ram diesel pickup trucks cheat on pollution tests. Fiat Chrysler has denied any wrongdoing.