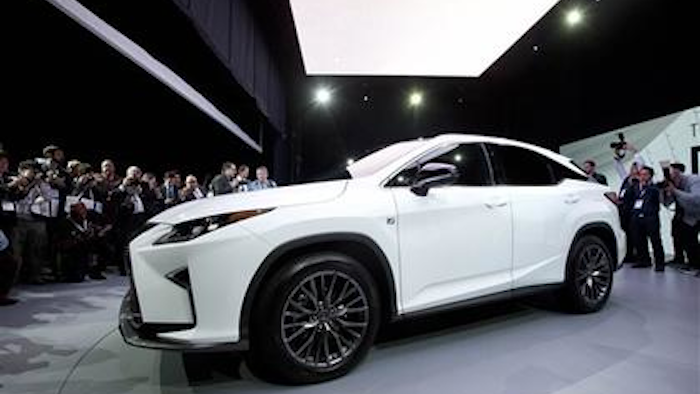 Transmission problems tripped up Honda, Nissan, Jeep and other brands in Consumer Reports' annual reliability survey. Drivers reported rough shifting, clutch failure and even transmissions that had to be replaced twice in the first year of car ownership.

Lexus and Toyota — which rely on older transmissions in many of their models — were the best-performing brands in the survey. Lexus or Toyota has topped the survey since 2011. Audi, Mazda and Subaru rounded out the top five. The worst performers were Infiniti, Cadillac, Ram, Jeep and Fiat among 28 brands.

The survey, released Tuesday, predicts the reliability of 2016 cars and trucks based on a survey of its subscribers. This year's survey was based on responses from owners of 740,000 vehicles. Consumer Reports' annual survey is closely watched by the auto industry, since many potential buyers follow the Yonkers, New York-based company's recommendations.

Transmissions with more gears help engines run more efficiently. A car with an eight-speed transmission gets about 8 percent better fuel economy than one with a four-speed, according to the U.S. Environmental Protection Agency. Dual-clutch transmissions use separate clutches for odd and even gears, allowing faster shifting. And continuously variable transmissions do away with fixed gears altogether, relying instead on a system of pulleys to produce an infinite variety of engine to wheel-speed combinations.

But new technology can cause problems. Honda Motor Co. took a risk and put two new transmissions — an eight-speed dual-clutch and a nine-speed — in its 2015 Acura TLX sedan. Consumer Reports said they had multiple problems, and the Acura brand slipped seven spots to 18th in this year's survey. The Honda brand remains in the top ten, but it fell below Kia for the first time due to transmission problems as well as glitches with its infotainment system.

Jeep, too, remained at the bottom of the survey because of problems with the nine-speed transmission in its new Cherokee SUV, which is made by the same company that supplies Acura. And continuously variable transmissions caused problems for Nissan and its luxury sibling, Infiniti.

Automakers often let buyers choose their engine and transmission combinations, so buyers can avoid problems by opting for the older, more tested transmission, says Jake Fisher, Consumer Reports' director of auto testing. Brands that have consistently high reliability scores will also tend to have better transmissions. Toyota has had few problems with the continuously variable transmission it introduced on the 2014 Corolla, for example.

"It often comes down to the manufacturer," Fisher said. "If Lexus starts unrolling eight-speed automatics, they're going to be fine."

Ford was the survey's biggest gainer this year. Fisher said Ford ironed out problems with transmissions and infotainment problems that surfaced several years ago when the automaker introduced a raft of new vehicles. Volkswagen and Hyundai also improved as their models aged.

General Motors Co. had a mixed record. Its Buick brand is among the most reliable, but Cadillac fell seven spots to 25th because of problems with its dashboard infotainment system.

Tesla wasn't officially ranked because it only has one product, the Model S. But Fisher said responses from 1,400 Tesla owners indicated that Tesla has below-average reliability. Owners reported sunroof leaks and problems with the electric motor and the dashboard screen, among other issues.

Prices for used cars and trucks rose at their highest rate since 1969.
Oct 13th, 2020
Follow Us
Most Recent