These changes comes as the world's largest automaker grapples with an emissions-rigging scandal. 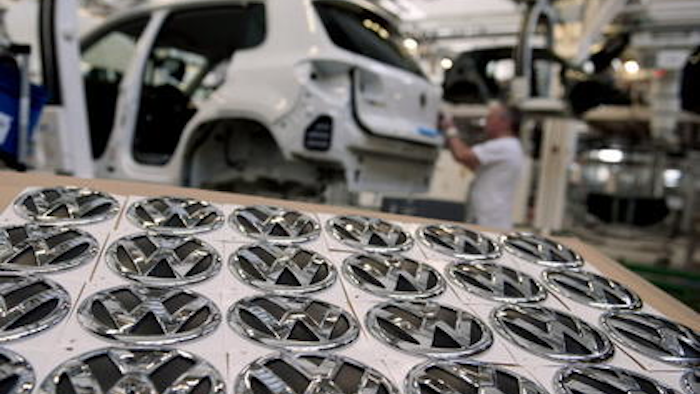 A Volkswagen engine factory said Wednesday it has dropped one shift a week and the company's financial services division imposed a temporary hiring freeze as the world's largest automaker grapples with an emissions-rigging scandal.

The extent of the fallout from the scandal, which erupted Sept. 18 when the U.S. Environmental Protection Agency said VW had cheated on tests of its diesel cars, remains unclear as do the costs to Volkswagen. Longtime CEO Martin Winterkorn quit last week, but said he was aware of no wrongdoing on his part.

In Germany, Stella Pechmann, a spokeswoman for the engine plant in the city of Salzgitter, confirmed a report Wednesday in the Wolfsburger Allgemeine Zeitung daily that a "special shift" is being cut as a precaution because of the current situation. The shift had previously been added to deal with high demand.

Separately, the Volkswagen Financial Services division is freezing new hiring until the end of the year, though spokesman Stefan Voges told news agency dpa that existing hiring agreements are unaffected.

In the United States, a spokeswoman for Illinois Attorney General Lisa Madigan said late on Wednesday that a subpoena for information had been issued to Volkswagen as part of an investigation into the emissions cheating, although details of the request were not disclosed. More than two dozen U.S. states have launched a probe of the carmaker separate from an investigation by the federal government in Washington.

"We will emerge from this crisis stronger, too. We learn from crises," he was quoted as saying in an interview with the Redaktions Netzwerk Deutschland group of newspapers. However, "in the end, VW will no longer be what it was — a lot will change there structurally."

Matthias Mueller, previously the CEO of the Porsche sports car unit, was appointed Friday to succeed Winterkorn. On Wednesday, Porsche appointed Oliver Blume — responsible for production and logistics at the division since 2013 — as its new chief executive.