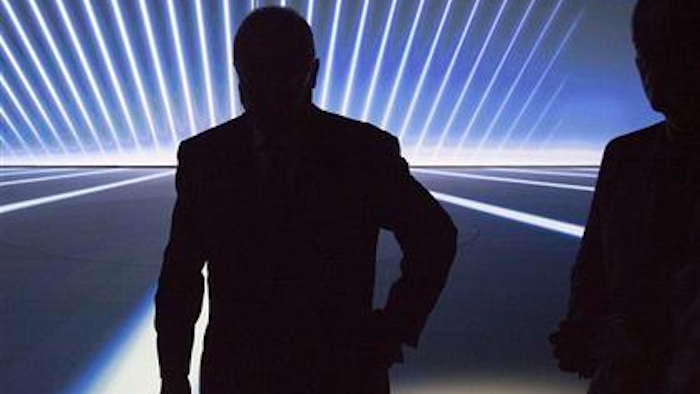 Pressure piled on the head of Volkswagen Monday in the wake of an emissions-testing scandal that saw more than 13 billion euros (around $15 billion) wiped off its market value in one trading session.

Following revelations that the German carmaker had rigged U.S. emissions tests for about 500,000 diesel cars, the company saw its share price in Frankfurt close down a stunning 17.1 percent at a near three-year low of 133.70 euros. Earlier in the session it had fared even worse, tumbling by more than 20 percent.

The scandal emerged Friday when the U.S.'s Environmental Protection Agency accused VW, the world's biggest carmaker by sales, of skirting the country's clean air rules. In response, VW has halted sales of some vehicles in the U.S. and pledged to cooperate with regulators in an investigation that could, in theory, see the company fined up to $18 billion.

Though VW CEO Martin Winterkorn apologized Sunday for the fact that his company had "broken the trust of our customers and the public," the company faces a huge financial cost as well as damage to its reputation at a time when business has gone off the boil.

Industry analysts said the VW CEO also faces difficult questions himself in the coming days, particularly at a scheduled board meeting Friday.

"At the moment, I'd be surprised if Winterkorn can ride this out, but in Germany there's often a slightly slower process in these matters," said Christian Stadler, professor of strategic management at Warwick Business School.

Stadler said that if VW were a U.S. company, then the CEO would have faced acute pressure to go more or less immediately.

The EPA said VW used a device programmed to detect when the cars are undergoing official emissions testing. The software device then turns off the emissions controls during normal driving situations, allowing the cars to emit more than the legal limit of pollutants.

Guido Reinking, a German auto expert, said that for a company to engage in such blatant trickery the company's top executives would have to be informed.

Winterkorn, an engineer by training, led research and development across the VW group from 2007. He became chairman of the management board the same year.

"It's almost impossible to imagine that he didn't know about this special way of programming the engine," Reinking told German television station n-tv.

Volkswagen marketed the diesel-powered cars, which account for about 25 percent of sales, as being better for the environment. The cars, which were built in the past seven years, include the Audi A3, VW Jetta, Beetle, Golf and Passat models.

The EPA has ordered VW to fix the cars at its own expense but said car owners do not need to take any immediate action. The EPA insisted that the violations do not pose any safety hazard and said the cars remain legal to drive and sell while Volkswagen comes up with a plan to recall and repair them. However, it said the cars pose a threat to public health.

The EPA also indicated the scale of the fines that could be imposed on VW. It said the carmaker could be hit with up to $37,500 per vehicle for the violations — a total of more than $18 billion.

The California Air Resources Board is also investigating, while German authorities are looking into whether the company bent the rules there too.

"The auto manufacturers have to work closely with U.S. authorities to comprehensively clarify the matter," Michael Schroeren, a spokesman for Germany's environment ministry told reporters in Berlin. "We expect reliable information from the car manufacturers so that (German authorities) can check whether comparable manipulation has happened in Germany or Europe."

VW's current plight has echoes with Toyota, the company it overtook in the first half of the year to become the world's number one by sales.

The Japanese automaker recalled 9 million cars between 2009 and 2011 after some of its vehicles experienced unintended acceleration, way more than the half-million or so that VW is taking back. The cost to Toyota of that recall, including fines, was a little more than $5 billion, according to Warwick Business School's Stadler.

"The numbers are lower and there are no fatalities involved," Stadler said. "This suggests that in the 'heat of the moment' the long-term effect on Volkswagen may be overstated. Sure it will hurt, but maybe not quite as bad as we expect right now."

Still, if other regulatory authorities decide VW has a case to answer, then the carmaker faces the potential for even bigger fines.

"The news so far revolves around the U.S. impact, but if European investigators become interested the potential penalties could multiply very quickly," said Chris Beauchamp, senior market analyst at IG.