General Motors, Ford and Chrysler are stepping into Detroit's bankruptcy picture by pledging $26 million to help support retiree pensions while keeping the city's art treasures off the auction block. 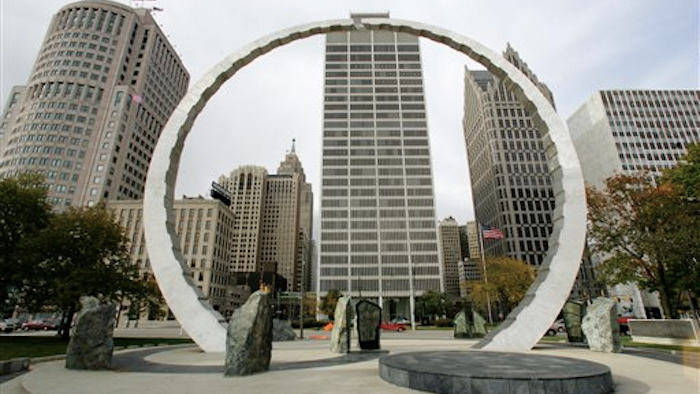 The Detroit Institute of Arts, Gov. Rick Snyder and representatives from the automakers announced the donation Monday at the art museum.

It's part of the museum's $100 million portion of $660 million to bolster pensions as called for in state-appointed emergency manager Kevyn Orr's plan of adjustment. The plan is Detroit's roadmap out of bankruptcy.

The Michigan Legislature last week approved $195 million for Detroit's two retirement systems. Snyder has said he will sign the bill. A dozen foundations also have committed money to the plan.

The city's art museum and its assets would be transferred to a private nonprofit.