Expansion talks at Volkswagen's lone U.S. plant have ground to a halt amid disagreements about the role of organized labor at the factory in Tennessee. 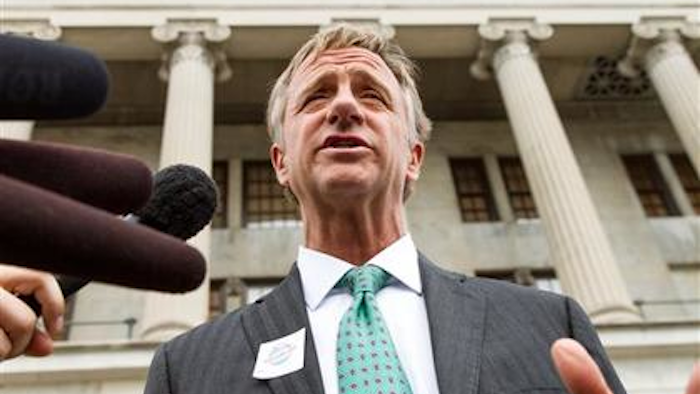 NASHVILLE, Tenn. (AP) -- Expansion talks at Volkswagen's lone U.S. plant have ground to a halt amid disagreements about the role of organized labor at the factory in Tennessee.

An acrimonious vote in February at the plant in Chattanooga resulted in the narrow defeat of the United Auto Workers union.

Since then, the union has challenged the outcome of the vote with the National Labor Relations Board; a top labor representative on Volkswagen's supervisory board told Chattanooga workers that U.S. Sen. Bob Corker and Gov. Bill Haslam "interfered outrageously" in the election; and the governor has suggested that the state has been unable to engage in negotiations with a VW official with final decision-making power.

State incentives for expanding the plant would have to be approved by the state Legislature, which is preparing to adjourn for the year in the next few weeks. But Haslam told reporters last week that there were no active talks with the German automaker.

The governor's comments came in the aftermath of revelations that the state's $300 million incentive package offered to Volkswagen in August contained the caveat that the money was subject to labor talks "being concluded to the satisfaction" of the state.

Haslam, who opposes the UAW gaining a foothold at its first foreign automaker in the South, declined to specify which scenarios would meet the state's satisfaction.

Volkswagen wants to create a German-style works council at the Chattanooga plant to represent both salaried and blue-collar workers. But the company has said its interpretation of U.S. law requires the involvement of an independent union, which led the company to call for the union vote after the UAW announced it had obtained the signatures of more than half of the plant's workers in support of representation.

Corker, who was Chattanooga mayor before being elected to the Senate, was a leading opponent of the UAW. He drew the ire of the UAW for repeatedly suggesting that a vote against the union would result in the company deciding to expand the plant within two weeks.

Labor representatives on Volkswagen's supervisory board were "indignant at the strong attempts made by outside forces to influence the outcome" of the vote, Bernd Osterloh, the head the company's global works council, said in a letter read to all the workers at the Chattanooga plant 10 days after the vote.

"Local Republican politicians such as Mr. Corker and Mr. Haslam interfered outrageously with the ballot," said Osterloh, who reiterated the company position that only economic factors would decide whether the plant would be expanded.

"We want you to see that people like Mr. Corker can have no influence over the decisions made by an international group," Osterloh added.

By German law, labor representatives make up half of the company's 20-member supervisory board, meaning they have veto power over major management initiatives including the expansion or construction of plants.

Haslam appeared to allude to competing aims of management and labor interests at the company when he told reporters last week that the state has asked VW to present an official with decision-making power to engage in talks.

"We finally said we need to talk to somebody who can speak finally for the company," he said. "I said, we're ready to have those conversations, and they said we'll get back to you at the appropriate time. And that time hasn't happened yet."

An anti-union group Monday raised concerns that Volkswagen could move to recognize the UAW even without revote. The Center for Worker Freedom said in a release that that would be a "betrayal" of the workers at the plant who voted 712-626 against the union in February.

"If the company lets the union walk in anyway, it will have made clear its contempt not only for its workers and the state of Tennessee, but the democratic principle itself," Matt Patterson, the group's executive director, said in the release.

A Volkswagen spokesman did not return a message seeking comment. Gary Casteel, a regional director for the UAW, said he would not respond to "idle speculation by anti-union groups."

"The UAW has a good relationship with Volkswagen and its works council leadership," Casteel said in an email "Volkswagen operates with a high level of integrity and has deep respect for workers' rights."