The families allege that General Motors was negligent in designing its small cars and committed fraud by not disclosing facts about the defects. 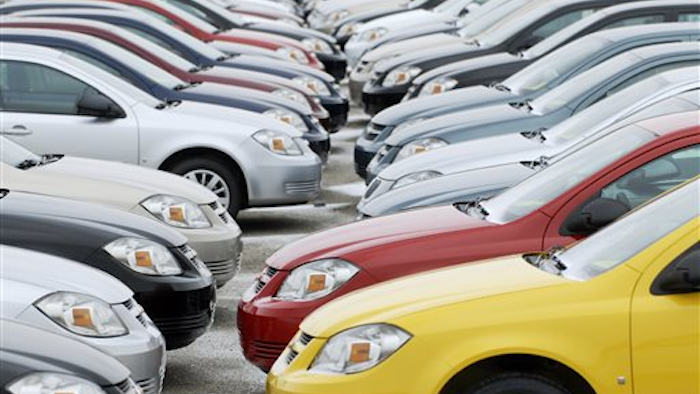 DETROIT (AP) -- The families of three teenagers killed or injured in a 2006 car crash are suing General Motors, alleging that the company was negligent in designing its small cars and committed fraud by not disclosing facts about the defects.

Natasha Weigel, who was 18, and Amy Rademaker, who was 15, both of Wisconsin, died after the crash involving a 2005 Chevrolet Cobalt compact car with a faulty ignition switch. The car's driver, Megan Phillips, suffered permanent brain damage, according to a statement from the families' law firm.

GM failed to warn the teens of a dangerous defect and misrepresented the car's safety, said lawyer Robert Hilliard in a statement. The firm said the lawsuit was filed Friday in Hennepin County, Minnesota, where the car was purchased.

The crash was among the first blamed on the faulty ignition switches. Last month GM recalled 1.6 million Cobalts and other small cars worldwide to replace the switches. The company has admitted knowing about the problem for at least 11 years before taking the action.

The switches can slip out of the run position, shutting down the engine while the cars are being driven. That can cut off power-assisted steering and brakes and cause drivers to lose control. It also disables the air bags if there's a crash. GM says at least a dozen people have been killed in crashes linked to the switches.

Hilliard, whose firm is in Corpus Christi, Texas, said an investigation showed the Cobalt's air bags failed to activate and the ignition switch was in the accessory position. That indicates the power steering and brakes and air bags did not work properly, he said.

"GM hid this dangerous, life-threatening defect from my clients and all other Cobalt drivers for over a decade just to avoid the cost of a recall," Hilliard, of the firm Hilliard Munoz Gonzales, said in the statement.

The lawsuit seeks more than $50,000 each for Phillips and the survivors of Weigel and Rademaker, the statement said.

GM would not comment directly on the lawsuit but said it's focused on "ensuring the safety and peace of mind of our customers involved in the recall."

Under the terms of its bankruptcy, GM is not liable for legal claims from crashes that occurred before it left bankruptcy protection in July of 2009. Such claims would go to a trust formed to settle claims against the old company. Lawyers, though, are researching whether they can prove that GM knew about the ignition switch problem during the bankruptcy but didn't disclose it to the court. In that case, the new GM might be liable for older claims.

CEO Mary Barra has admitted that GM took too long to recall the cars and apologized to the families of those killed in crashes. The company said the ignition switches can wear from heavy, dangling keys. If the key chains are bumped or people drive on rough surfaces, the switches can suddenly change from the "run" position to "accessory" or "off."

Barra said she expects all the cars to be repaired by October.