U.S. Sen. Bob Corker, who last year declared that the German automaker would become a "laughingstock" if it opened its doors to the UAW, has announced he won't weigh in until after the three-day vote beginning Wednesday. 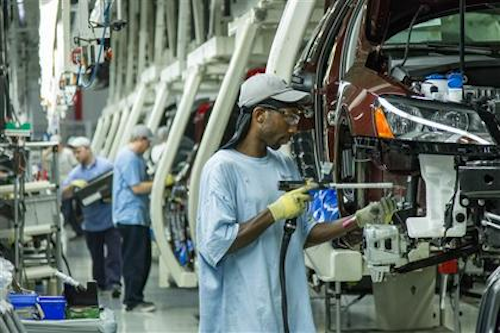 NASHVILLE, Tenn. (AP) -- Two of the more vocal Republican critics of efforts to unionize the Volkswagen assembly plant in Tennessee are taking opposing approaches to a pending vote over United Auto Workers representation next week.

U.S. Sen. Bob Corker, who last year declared that the German automaker would become a "laughingstock" if it opened its doors to the UAW, has announced he won't weigh in until after the three-day vote beginning Wednesday.

"While the decision is in the hands of the employees, I do not think it is appropriate for me to make additional public comment," Corker said after the vote was announced.

But Tennessee Gov. Bill Haslam isn't dialing back his heavy criticism of the UAW possibly winning representation of workers at its first foreign automaker in the South.

The governor this week sent a letter to the CEO of the Volkswagen plant in Chattanooga raising questions about the union election process and about whether the result will be accepted by workers and the community.

The letter released at the request of The Associated Press urges the company to change its policy of allowing the UAW to campaign in the factory, but not outside groups opposing the union.

"This distinction favoring the UAW at the expense of employees opposed to union representation is of concern to us," Haslam said in the Tuesday letter addressed to Frank Fischer, the head of the Chattanooga plant.

Haslam said "many will differ on the advisability of union representation," but argued that the company should strive for fairness.

"The manner in which the company administers and oversees the process is critical not only to the company, but also to the general perception and acceptance of any result by the employees and community in which they live and work," he said.

Haslam said after a speech to the Tennessee Press Association on Thursday that a union win at Volkswagen would hurt the state's ability to attract suppliers and other future business.

"We're just saying the same things we've always said — that the state has a vested interest in this," he said. "From our viewpoint, from what we're hearing from other companies, it matters what happens in that vote."

Volkswagen, which has declared its neutrality over the outcome of the organization effort, has asked the National Labor Relations Board to conduct a vote next week.

German law gives labor representatives half the seats on the Volkswagen's supervisory board, where some members have raised concerns about the Chattanooga plant being alone among the company's large factories without formal labor representation.

The UAW vote would be the first step toward creating a German-style "works council" at the plant which represents both blue and white collar employees on issues such as working conditions and plant efficiency, but not wages or benefits.

Volkswagen announced earlier this year that a new SUV model will be built either in Chattanooga or in Mexico. Haslam said that decision could be influenced by the UAW vote.

"They have been hammering us, saying the cost differential to build that in Chattanooga is too great, and we've got to find a way to narrow that cost," Haslam said.

"Every economic study I've been shown says if the plant unionizes it will not lower the cost to produce a vehicle there," he said.

The governor said he turns back questions about why the state is getting involved in the internal labor politics of a business.