The top Japanese auto safety official acknowledged Friday that Japan's recall system needs an overhaul to better respond to global problems highlighted by the debacle over Takata air bags that can explode. "The framework in place... 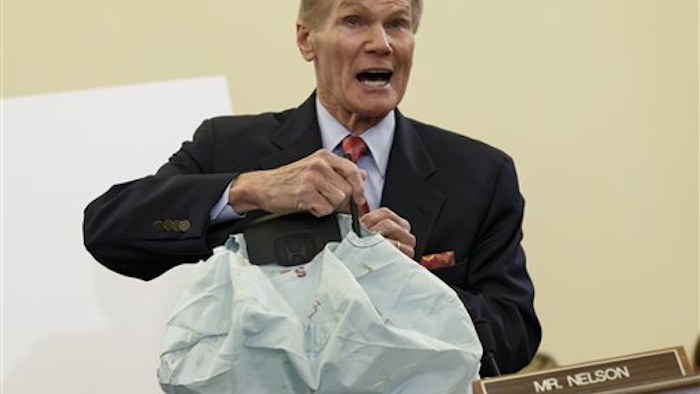 The top Japanese auto safety official acknowledged Friday that Japan's recall system needs an overhaul to better respond to global problems highlighted by the debacle over Takata air bags that can explode.

"The framework in place now doesn't allow for that," Masato Sahashi, director of the recall office at the transport ministry, said in a telephone interview. "Japanese people are very worried about the safety of their cars."

He said Japan was working with the U.S. authorities and with automakers to try to get to the bottom of the problem with Takata air bag inflators. But some change was needed soon to better coordinate on problems found abroad, he said.

The Japanese supplier is under fire for air bags in which inflators can explode, hurling shrapnel into the passenger compartment. At least five deaths and dozens of injuries have been linked to the problem worldwide.

The Takata recalls have now grown to 14 million vehicles globally.

But the recalls coming in bits and pieces and often at different times for each nation, even for the same problem, have been confusing and unnerving for drivers around the world.

Japan's recall system is different in many ways from the U.S. system and such differences are repeated around the world.

That contrasts with how the auto market has rapidly globalized, and parts are often standardized across nations, meaning that one defect can lead to millions of vehicles being recalled.

The recall expansion announced by Toyota Motor Corp. this week for 185,000 vehicles in Japan and 5,000 in China came after it discovered that Takata passenger-side air bags in some Toyota vehicles ruptured when intentionally deployed while being scrapped. The air bag deployment is routine under Japanese law for scrapping vehicles, but not a practice in the U.S.

Toyota had already carried out the same recall in the U.S. as a precautionary measure.

"There is widespread pressure on regulators to take a more pro-active role in investigating safety risks and to be seen to take action where manufacturers are hesitant," said Peter Shervington, an expert in product liability at Eversheds, a global law firm.

He said Toyota was trying to be quick after going through a massive recall scandal of its own several years ago. But Shervington warned that tracking the root cause of the Takata problem would likely be challenging because evidence is hard to gather in cases of explosions.

In a related move, Hiroshima-based Mazda Motor Corp. expanded its recall in the U.S. for Takata air bags that may explode, but said it was still considering the nationwide recall that the U.S. National Highway Traffic Safety Administration is demanding.

Mazda's recall was expanded to include Saipan, Guam, American Samoa, Georgia, Alabama, Louisiana, Mississippi and Texas, from the initial four areas it had covered of Florida, Puerto Rico, Hawaii and the Virgin Islands.

Mazda's latest decision nearly doubles the number of vehicles involved in its recall related to humidity to about 86,000 from 46,000, according to Misato Kobayashi, a Mazda spokeswoman in Tokyo. Humidity has been identified as a possible factor in the inflator explosions.

Tokyo-based Honda Motor Co. agreed to carry out the nationwide recall earlier this week. Chrysler has expanded the recall but has not made it nationwide, and NHTSA has criticized that as insufficient.

Takata has declined NHTSA's demand to expand the recall although it has promised to cooperate with any automaker deciding on a nationwide recall.

Honda Motor Co. has the biggest number of air bag recalls, mainly because it relies more heavily on Takata as a supplier than do rivals. The root cause of the explosions has not been pinpointed, although various production irregularities and defects have been found.

"Against this backdrop, it seems unlikely that we have heard the last of air bag inflator-related recalls," said Shervington.