A Texas judge cleared a woman Monday for a car accident that killed her fiance in 2004, after General Motors acknowledged that her car would have been among millions being recalled for a problem that may have contributed to the death. Candice Anderson was driving a 2004 Saturn... 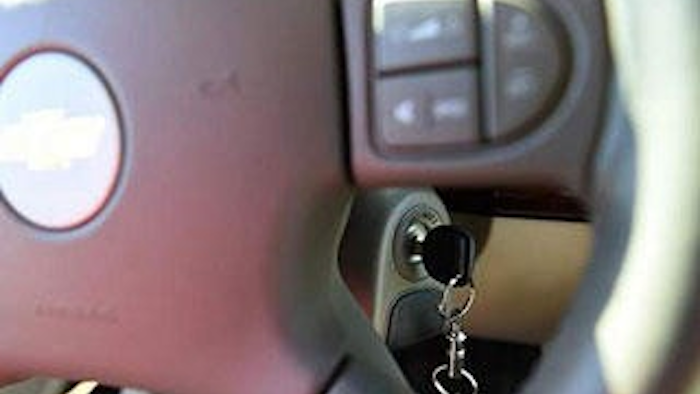 A Texas judge cleared a woman Monday for a car accident that killed her fiance in 2004, after General Motors acknowledged that her car would have been among millions being recalled for a problem that may have contributed to the death.

Candice Anderson was driving a 2004 Saturn Ion when it suddenly veered off a road about 60 miles east of Dallas and slammed into a tree. Anderson, then 21, was severely injured when the car's air bags failed to deploy. Her 25-year-old fiance, Gene Erikson, who was a passenger, was killed.

She later pleaded guilty to charges stemming from the wreck. But during a hearing Monday, State District Judge Teresa Drum expunged the conviction from her record, according to officials in the Van Zandt County court and Anderson's attorney, Bob Hilliard.

In a letter given to the court ahead of the hearing, an attorney for the automaker confirmed that Anderson's Saturn would have been among 2.6 million GM vehicles recalled in February to address ignition switches that can slip out of the "run" position, causing the engines to stall and disabling power steering, brakes and air bags.

Anderson's crash "is one in which the recall condition may have caused or contributed to the frontal air bag non-deployment in the accident," attorney Richard C. Godfrey wrote. Hilliard provided a copy of the letter to The Associated Press, and Godfrey confirmed its contents Monday.

Anderson was initially charged with criminally negligent homicide because there was no clear explanation at the time why the wreck occurred, according to court documents from the case. She pleaded guilty to a lesser charge in 2006, and was sentenced to five years' probation. She also was ordered to perform 260 hours of community service, pay court costs and cover the costs of Erikson's funeral.

"GM knew this defect caused this death, yet instead of telling the truth watched silently as Candice was found guilty of involuntary manslaughter," Hilliard said Monday. "It took 10 years for GM to find its voice."

In a separate statement issued by the company, GM said it "cooperated fully by providing technical information that was requested to make a decision in this matter." The carmaker also said the issue in Anderson's case was for local law enforcement and courts to consider.

"That's why we took a neutral position on Ms. Anderson's case," the company's statement said. "It was appropriate for the court to determine the legal status of Ms. Anderson."

A federal lawsuit filed against GM by Anderson and Erickson's family was dropped after the parties agreed to resolve their claims through a compensation program being run by Kenneth Feinberg, an attorney hired by GM to compensate victims of ignition switch crashes.

Feinberg released data Monday showing he has agreed to make payments in 35 death claims and 44 injury cases, up from 33 death claims last week. Feinberg has received 225 death claims and 1,955 injury claims since August. The deadline to file claims is Jan. 31, 2015.

The service, using Ford vehicles and a driving system developed by Argo AI, will begin later this year.
Jul 21st, 2021
Follow Us
Most Recent