Mercedes-Benz posted the strongest sales month in the company’s history to date in September and the first month with customer deliveries of more than 160,000 vehicles (162,746 units, +13.8%). Moreover, with sales from July to September... 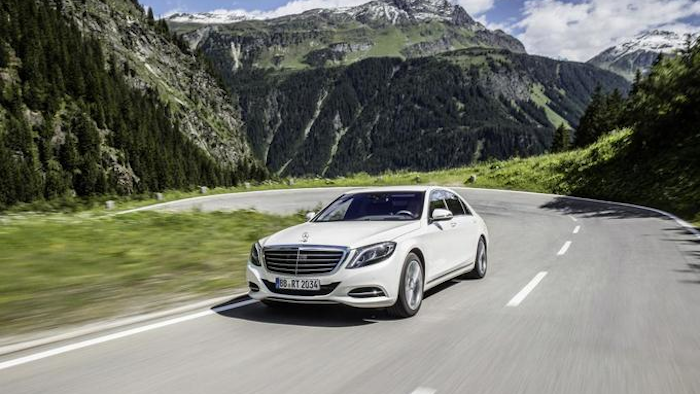 Mercedes-Benz posted the strongest sales month in the company’s history to date in September and the first month with customer deliveries of more than 160,000 vehicles (162,746 units, +13.8%). Moreover, with sales from July to September, the company has had the strongest quarter in its history to date (412,018 units, +11.9%). Mercedes-Benz has posted double-digit growth since the start of the year (+12.5%) and thus a new record with sales of 1,195,156 cars.

“We have never sold as many Mercedes-Benz vehicles as in September and at the same time achieved the strongest quarter in the company’s history. We will now start into the last quarter of 2014 with double-digit growth”, said Ola Källenius, Member of the Divisional Board of Management of Mercedes-Benz Cars responsible for Marketing & Sales. “The growth drivers were our compact cars and the S-Class. With the new S 500 PLUG-IN HYBRID, available since the end of September, we are offering our customers an ultra-modern hybrid drive concept with the innovations and superior features of the S-Class. Until 2017, we will introduce nine more PLUG-IN HYBRID models on the market, which will stimulate further sales.”
On the European market, 534,263 vehicles have been handed over to customers since the start of the year (+7.6%). The growth markets were, in particular, the UK (+15.3%) and Spain (+26.6%). In September, sales in Europe climbed to a new record high of 77,548 units (+9.1%). At 191,205 units sold since the beginning of the year, sales of the brand with the star in its home market Germany were at the previous year’s level (+0.1%). Mercedes-Benz remains the most registered premium brand in Germany.
In the NAFTA region, the company posted plus 8.0% growth to 264,171 units in the first nine months. In the largest sales market of the brand, the USA, Mercedes-Benz delivered 233,211 vehicles to customers (+8.4%), thus raising sales to a new record level. In the United States the brand also reported a new sales record in September, delivering 27,315 vehicles (+10.6%) and was therefore premium manufacturer number one.
Since the beginning of the year, Mercedes-Benz has achieved particularly strong growth rates in the Asia-Pacific region: In China, the company continued on its course of success of recent months and grew unit sales to a new record high of 203,485 vehicles (+30.5%). The development of unit sales was also satisfactory in South Korea, where the company sold 26,557 vehicles from January to September (+46.7%), thus posting another sales record.
Mercedes-Benz also postedrecord sales growth in Japan: Since the start of the year, the brand has handed over 43,716 units to customers (+12.9%) and thus continues to be the most registered premium brand in Japan among the importers.
Among the model series of the Mercedes-Benz brand the new compacts remained one of the growth drivers in the last nine months: Worldwide, 335,190 customers opted for a model of the A-, B-, CLA- or GLA-Class (+25.3%). As the first member of the new compact class generation, the B-Class has sold more than 350,000 vehicles to customers since its market launch in 2011.Now, Mercedes-Benz has face-lifted the Sports Tourer, which was showcased for the first time at the Paris Motor Show. The revamped models will be available at dealers in Europe from November 29, 2014 onwards.
The high demand in the E-Class segment is also unbroken: At 260,997 vehicles since January, Mercedes-Benz has posted a new record here as well (+12.4%). The greatest sales growth since the beginning of the year has been achieved by the long version of the E-Class on the Chinese market (+76.7%).
The Stuttgart-based brand is still leading the luxury segment with the S-Class. Since the start of the year, the Mercedes-Benz S-Class has sold 75,391 sedans, or twice as many as in the previous year’s period (+105.8%). In September alone, 9,501 vehicles were handed over to customers (+139.3%). With the market launch of the S-Class coupe and the S 500 PLUG-IN HYBRID, two additional models of the S-Class family came to the market in Europe on September 27.
The SUVs of Mercedes-Benz are continuing on their course of success: Since the start of the year, 250,896 SUVs with the star have been sold, as many as never before (+6.3%).
The new Mercedes-AMG GT had its world premiere in September. With this vehicle, the performance brand of Mercedes-Benz has entered into a new, top-class sports car segment for the company. After the SLS, the GT is the second sports car to be developed independently by Mercedes-AMG. The best-selling AMG model is the Mercedes-AMG C 63 with 40,000 vehicles since its market launch in 2008. The successor model celebrated its world premiere as sedan and estate model at the Paris Motor Show.
Since January 66,870 customers worldwide have opted for a smart fortwo (PY: 73,782 units). Beginning on November 22, the new smart fortwo and forfour will be available at dealers. The compact city car is very popular primarily in big cities and is therefore also used in the station-independent carsharing service car2go. In Copenhagen, 200 smart fortwo are now also available for spur-of-the moment rentals since September 17. The Danish capital is thus the first car2go location in Scandinavia. Beginning on October 25, New Yorkers will also be able to use car2go in the Brooklyn borough, where the company is going to the starting line with a fleet of 400 vehicles. car2go will then be represented in 29 European and North American cities.
Latest in Automotive