GreenTech Automotive has announced it has completed a factory in Mississippi's Tunica County for the manufacture of small electric vehicles. But it's unclear how many employees the company has in Mississippi or if it has sold any vehicles from its temporary factory in nearby Horn Lake. A unit of... 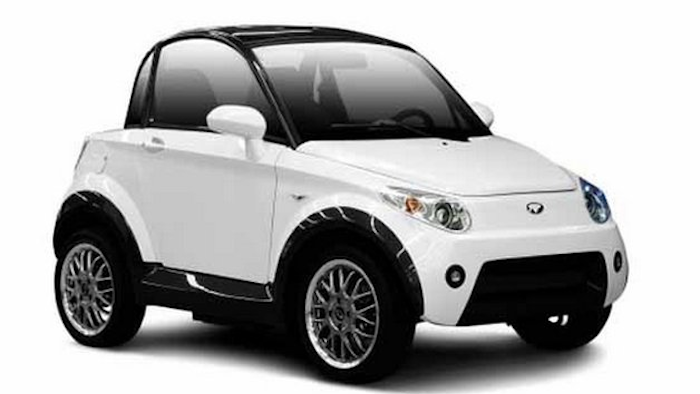 GreenTech Automotive has announced it has completed a factory in Mississippi's Tunica County for the manufacture of small electric vehicles. But it's unclear how many employees the company has in Mississippi or if it has sold any vehicles from its temporary factory in nearby Horn Lake.

A unit of Virginia-based WM Industries Corp., GreenTech said Tuesday it is moving equipment from rented Horn Lake quarters and plans to begin making the vehicles in the Tunica Resorts facility before year's end. The diminutive two-seater called MyCar is a neighborhood electric vehicle, a cross between a golf cart and a full-sized vehicle limited to streets with speed limits of 35 mph and below in the U.S.

During Gov. Haley Barbour's administration in 2011, Mississippi agreed to loan GreenTech $5 million and grant broad tax exemptions. Under that agreement, the company will face penalties if it doesn't invest $60 million and hire 350 employees making annual salaries averaging $35,000 by year's end.

Virginia Gov. Terry McAuliffe's former involvement with GreenTech was attacked by Republicans last year as he campaigned for that post. Federal officials announced in 2013 that they were investigating GreenTech and a related firm, Gulf Coast Funds Management LLC, for their handling of a federal program that grants permanent visas to foreigners who invest at least $500,000 and create jobs in economically struggling regions such as Tunica County.

McAuliffe, a Democrat, has said he has fully divested his financial interest in GreenTech. He resigned as the firm's chairman in December 2012 and has denied any knowledge of the investigation. A spokesman for the company who declined to be named said GreenTech continues to recruit investors under that EB-5 visa program.

The company said in a filing with Mississippi authorities in June that it was laying off 25 employees from the Horn Lake facility. The spokesman says GreenTech has employees in Mississippi, but won't say how many.

The spokesman says GreenTech is currently hiring 17 Mississippi employees. The company said in July 2013 that it spent $6.6 million on site preparation, but the spokesman won't say what the building's total cost is.

If the company doesn't enter commercial production by Dec. 31, it must repay a $3 million direct loan from the state, plus $2 million that the state loaned Tunica County to buy the land. If GreenTech has fewer than 121 employees by then, the state also could force GreenTech to repay all loans. It would face lesser penalties for investing less than $60 million or hiring between 121 and 349 employees.

In the past, Mississippi has agreed to rework incentive agreements for companies that can't meet terms. Rent says no such talks are currently ongoing. "As of today, they're still moving forward and they're still compliant," he said.

GreenTech had a gala opening in Horn Lake in July 2012 with former President Bill Clinton and Barbour, then out of office. It said then that it planned to make 10,000 vehicles within a year.

A McAuliffe spokesman said about 100 vehicles were built by the time McAuliffe resigned.

A company spokesman declines to say how many now have been made, calling that confidential information.