Incentives States Can Offer To Get Tesla Factory

Five states are on the short list for a $5 billion factory that Tesla Motors plans to build so it can crank out batteries for a new generation of electric cars. The package of economic incentives that each state offers will help determine ... 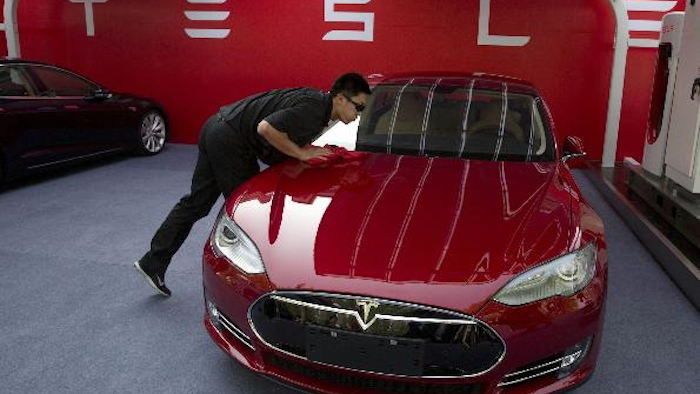 Five states are on the short list for a $5 billion factory that Tesla Motors plans to build so it can crank out batteries for a new generation of electric cars.

The package of economic incentives that each state offers will help determine where Tesla builds the factory — Nevada, California, Texas, Arizona or New Mexico. Tesla CEO Elon Musk has said the winning state will shoulder about 10 percent of the total cost, meaning at least $500 million worth of incentives.

Tesla already has done initial preparatory work on a potential site near Reno, Nevada, and plans to prepare one other site in coming months. A final decision is expected by year's end.

While officials in each state are keeping confidential the specifics of their packages, here is a look at the types of incentives and advantages each state can offer.

— Few taxes: No personal income tax, franchise tax, estate tax, inheritance or gift tax, and no taxes on corporate shares. No corporate income tax, although voters will decide in November whether to implement one to finance education — a move U.S. Sen. Dean Heller, R-Nev., said could undermine efforts to attract Tesla

— Worker training subsidies: Up to $1,000 per employee for job training if the company provides a 25 percent match, makes a five-year business commitment and pays at least hourly minimum wages.

— Other advantages: Proximity to the assembly plant in Fremont, California, where Tesla makes its cars; significant deposit of lithium, which is essential to making the batteries.

— Tax and hiring credits: Legislation passed this year offers a tax credit of 17.5 percent of wages for full-time employees for 15 years, totaling up to $31 million a year that could be split between a battery manufacturer and other industries including aerospace manufacturing. A hiring credit of 35 percent of wages is available if Tesla locates in a region that has high unemployment and poverty, for wages above certain benchmarks, until 2029.

— Waiver of environmental rules: Some lawmakers are advocating waivers on a host of California's complex environmental review laws that would allow for much quicker building permitting.

— Other advantages: Tesla already has its headquarters and car assembly plant in the San Francisco Bay area.

— Incentive funds: The Texas Enterprise Fund regularly gives companies incentives worth tens of millions of dollars to open facilities in the state, including $15.3 million to SpaceX, a commercial rocket company where Tesla CEO Elon Musk is also chief executive. The Texas Emerging Technology Fund, also run out of Gov. Rick Perry's office, has given $205 million to fund scores of technology startups.

— Other incentives: The state also offers tax refunds, exemption from state sales and use tax on electricity and natural gas in manufacturing.

— Other advantages: Cities and counties have made direct pitches to Tesla, highlighting for example how San Antonio owns its own utility and can provide solar and wind energy.

— Various tax credits or breaks: For investments by manufacturers, and the creation of high-wage jobs and renewable energy.

— Worker-training subsidies: The state pays up to 75 percent of new worker salaries for up to six months.

— "Closing fund": Local governments can tap public money to finance infrastructure improvements, such as roads and utilities, around a factory. The Legislature provided $15 million for the current fiscal year.

— Job training grant: The state may provide new employers up to 75 percent of the cost of employee training.

— Tax credits: A company can receive tax credits of up to $30 million for new manufacturing facilities, and a separate tax credit of $3,000 per new employee in each of the first three years. Tesla could qualify for a $5 million tax credit if it installs at least $300 million worth of renewable power capacity.

— Property tax breaks: A factory that is placed in one of seven foreign trade zones in the state gets a break of up to 80 percent.