The German state of Lower Saxony's 20 percent stake in the Wolfsburg-based automaker gives it the right to block corporate decisions — a lower threshold than the 25 percent blocking minority for all other German public companies. But the court ruled the law still meets the relevant European requirements. 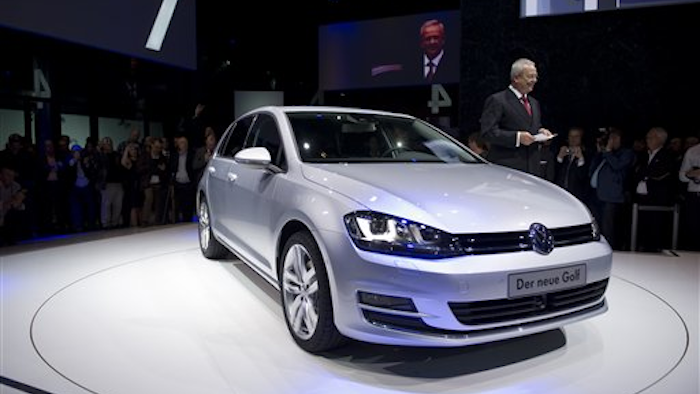 The Court of Justice on Tuesday dismissed a lawsuit against the rule brought by the European Commission, the 28-nation bloc's executive arm that also acts as the antitrust watchdog.

The German state of Lower Saxony's 20 percent stake in the Wolfsburg-based automaker gives it the right to block corporate decisions — a lower threshold than the 25 percent blocking minority for all other German public companies. But the court ruled the law still meets the relevant European requirements.

Lower Saxony state governor Stephan Weil, in turn, expressed "great joy" about the ruling, calling it a good day for the state and the company's employees, according to a statement issued by his office.

Volkswagen declined to comment on the verdict since the company wasn't a party to the lawsuit by the Commission against Germany. The company owns 12 car brands including Audi, Seat and high-end sports car maker Porsche.

The court also struck down a fine sought by the Commission which would have cost German authorities several dozen millions of euros.

The Commission initiated proceedings against the so-called Volkswagen law in 2005. A 2007 Court of Justice ruling then invalidated parts of it, forcing Germany to amend the law to its present form. Still, the Commission maintained it inhibits the free movement of capital within the EU.

But the court sided with Germany saying it sufficiently fulfilled the obligations deriving from the 2007 verdict.