Thousands walk out Wednesday after automaker and UAW fail to reach a tentative contract agreement before a union-imposed deadline.

Dee-Ann Durbin, Associated Press
DETROIT (AP) — Thousands of Chrysler LLC autoworkers started to walk out Wednesday after the automaker and the United Auto Workers union failed to reach a tentative contract agreement before a union-imposed deadline.
It would be the first UAW strike against Chrysler since 1997, when one plant was shut down for a month, and the first strike against Chrysler during contract talks since 1985. There was no immediate official word from the union or Chrysler following the 11 a.m. deadline whether it was a nationwide strike.
The UAW, which must reach new four-year agreements with all three Detroit automakers, struck General Motors Corp. for two days before reaching a tentative agreement with the automaker on Set. 26. The union hasn't yet reached a deal with Ford Motor Co.
Chrysler has 24 U.S. manufacturing facilities, including 10 assembly plants, but not all would be affected by a strike. The automaker had already planned to idle five assembly plants and some parts making factories for short stretches during the next two weeks in an effort to adjust its inventory to a slowing U.S. automotive market.
A short strike would likely have little effect on the automaker, which had a 71-day supply of cars and trucks on dealer lots at the end of August, according to Ward's AutoInfoBank. A walkout that lasts longer than a month would start to cut into sales, according to Paul Taylor, chief economist with the National Automobile Dealers Association.
Talks between the UAW and Chrysler began in July but accelerated last weekend. The union set the 11 a.m. deadline to reach a tentative agreement or go on strike. The UAW represents about 45,000 workers at Chrysler's U.S. manufacturing facilities, making it the smallest of the Detroit automakers.
Chrysler was a wild card in this year's negotiations because it was bought by the private equity firm Cerberus Capital Management LP shortly after the talks began. DaimlerChrysler AG, which is now called Daimler AG, sold a controlling stake in the 82-year-old Chrysler to Cerberus in August. The firm has since hired Bob Nardelli, formerly head of The Home Depot Inc., to be Chrysler's chairman and chief executive. Chrysler Vice Chairman and President Tom LaSorda, who led Chrysler before Nardelli was hired, is representing the company in the talks.
Many industry analysts believe Cerberus will fix the money-losing Chrysler quickly, return it to profitability and sell it for a huge profit, perhaps to a foreign auto company that wants a stronger U.S. presence. It was unclear how Cerberus's plans for the company would factor in the talks.
The bargaining appeared to center on the UAW granting the same health care cost concessions to Chrysler as it did to GM and Ford in 2005, as well as how much Chrysler would pay into a company-funded, UAW-run trust that would take on its roughly $18 billion worth of retiree health care costs. GM has already agreed to form such a trust.
Also at issue was the union's desire for job security pledges at U.S. factories and Chrysler's wish to contract out parts transportation now done by higher-wage union members, according to a person briefed on the talks. The person requested anonymity because the talks are private.
The union normally settles with one U.S. automaker and then uses that deal as a pattern for an agreement with the other two. But several industry analysts have said that Chrysler and Ford have different needs and therefore need different contracts.
Agreements must be ratified by UAW members to go into effect. GM's 74,000 UAW members have been voting on their agreement for the last week and totals were expected Wednesday.
Latest in Automotive 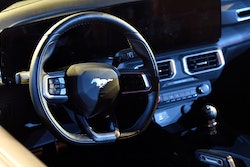