SpaceX has launched another satellite for a Luxembourg communication company. But it ditched the recycled booster in the Atlantic following liftoff. 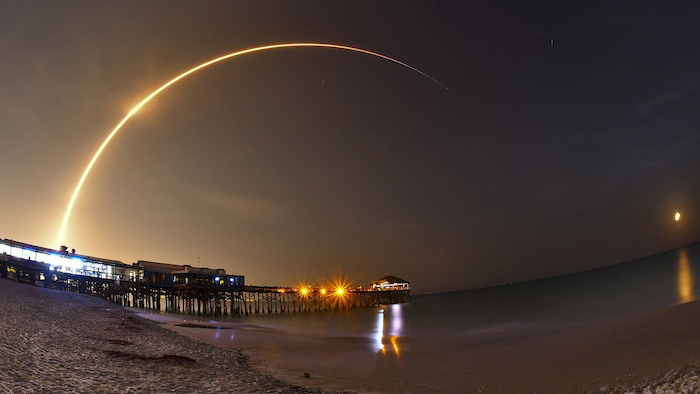 SpaceX has launched another satellite for a Luxembourg communication company. But it ditched the recycled booster in the Atlantic following liftoff.

The Falcon 9 rocket blasted off early Monday from Cape Canaveral, Florida. The satellite operator, SES, tweeted, "What a beautiful start to the week!"

The powerful, hefty SES satellite, weighing in at 12,000 pounds (5,400 kilograms), will provide TV and data coverage across Asia, the Pacific and the Middle East.

The Falcon's first-stage booster previously flew last September. SpaceX is switching to a new and improved line of boosters, and so made no effort to recover this one.

SES was the first company to accept a ride on a used SpaceX rocket, back in March 2017.