The World Trade Organization has ruled that the European Union continues to provide illegal subsidies to plane-maker Airbus, the latest in a string of tussles between the European manufacturer and U.S. rival Boeing. 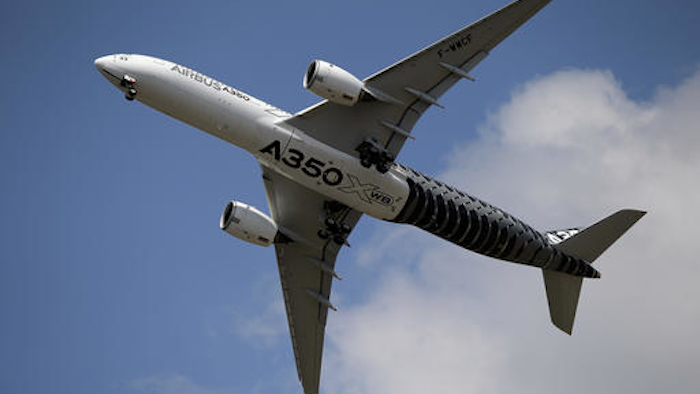 The World Trade Organization has ruled that the European Union continues to provide illegal subsidies to plane-maker Airbus, the latest in a string of tussles between the European manufacturer and U.S. rival Boeing.

Tuesday's decision by the WTO's appellate body comes as the Trump administration has exerted intense pressure on the Geneva-based organization over what the president alleges is its "unfair" treatment of the United States.

The appellate body maintained an earlier WTO ruling that EU "launch aid" provided to Airbus resulted in lost sales for Boeing in the twin-aisle and very-large aircraft markets.

The move means that the U.S. can ask an arbitrator to determine the level of retaliation it can seek against the European bloc as a result of its failure to comply.

The Trump administration appeared ready to do just that.

"This report confirms once and for all that the EU has long ignored WTO rules, and even worse, EU aircraft subsidies have cost American aerospace companies tens of billions of dollars in lost revenue," U.S. Trade Representative Robert Lighthizer said in a statement.

"Unless the EU finally takes action to stop breaking the rules and harming U.S. interests, the United States will have to move forward with countermeasures on EU products," he added.

The ruling centers on actions taken by the EU generally, as well as four of its member states: Britain, France, Germany and Spain.

Deciding on a case first opened in 2004, the appellate body found Airbus paid a lower interest rate on financing to develop the A350XWB aircraft than it would have gotten in the open market.

Boeing's top executive appeared to praise the ruling, and said it was time for "all parties" to work for "the mutual health of our industry."

"Today's final ruling sends a clear message: Disregard for the rules and illegal subsidies is not tolerated," said Boeing Chairman and CEO Dennis Muilenburg. "The commercial success of products and services should be driven by their merits and not by market-distorting actions."

European Trade Commissioner Cecilia Malmstroem insisted that the ruling also rejected "the vast majority" of U.S. claims against it, while saying in a statement that the bloc "will now take swift action to ensure it is fully in line with the WTO's final decision in this case."