One of NASA's prime shippers, Orbital ATK, launched a fresh load of supplies to the International Space Station from Virginia on Monday. 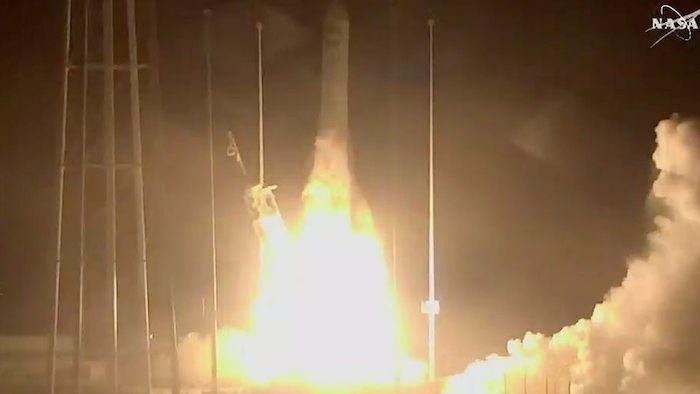 CAPE CANAVERAL, Fla. (AP) — One of NASA's prime shippers, Orbital ATK, launched a fresh load of supplies to the International Space Station from Virginia on Monday.

The Antares rocket blasted off from Wallops Island before dawn, treating early risers along the East Coast to a cosmic light show, at least where skies were clear. The area of visibility stretched from New England to the Carolinas, and as far inland as Pittsburgh and Charlotte.

The 7,400-pound shipment — a third of it research — should reach the orbiting lab Thursday. A flight controller wished the Cygnus capsule "a smooth trip" on the rest of its journey.

The Cygnus holds a student cement-mixing experiment, as well as an atom-cooling chamber from NASA's Jet Propulsion Laboratory that uses lasers to get temperatures colder than even space itself. There's also equipment for a spacewalk next month, as well as computers and groceries for the six station astronauts.

Named for the swan constellation, the Cygnus is making Orbital ATK's ninth contracted delivery for NASA. SpaceX is NASA's other supplier.

This particular Cygnus is called the S.S. J.R. Thompson in honor of the former NASA and Orbital ATK executive, who died in November. Launch controllers wore dark suits, white shirts and red ties in memory of Thompson, who dressed that way on the job.

The space station is currently home to three Americans, two Russians and one Japanese. Three of them will return to Earth at the beginning of June, followed by the launch of three new crew members from Kazakhstan. 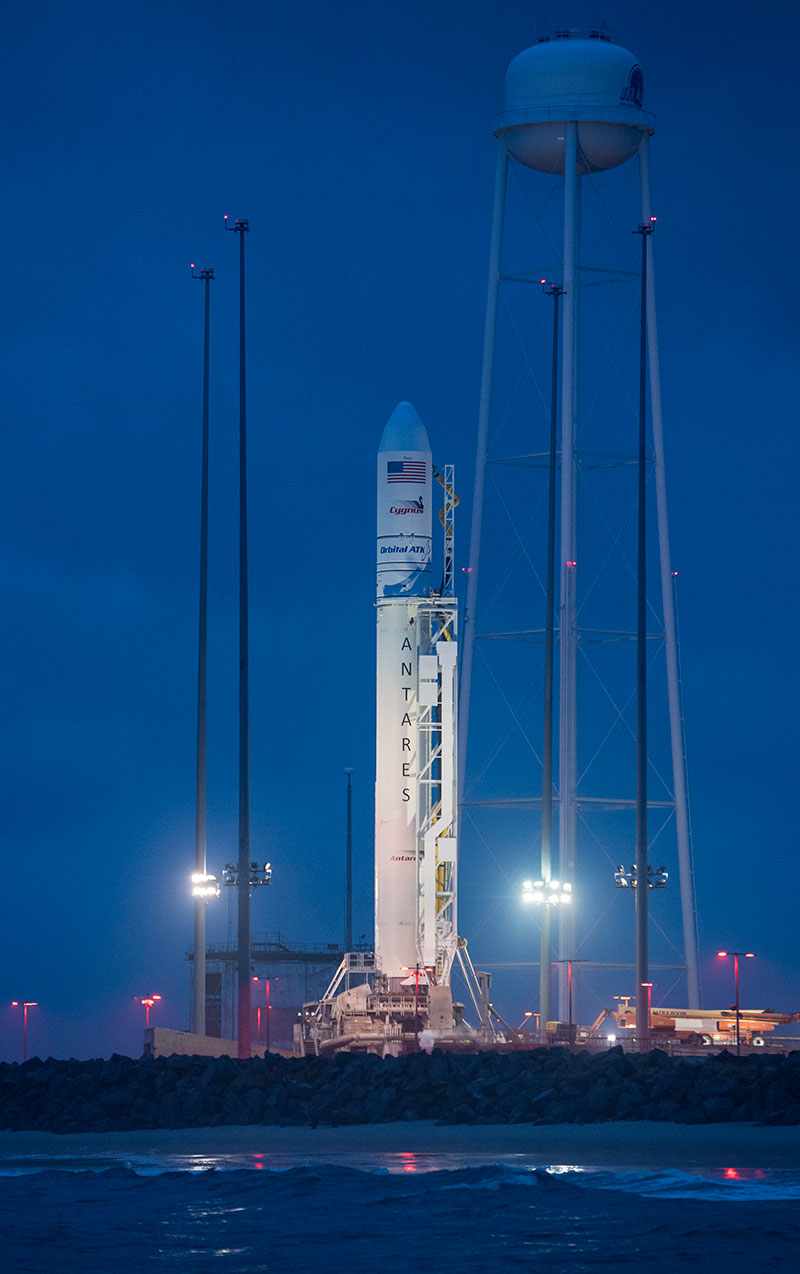 The Orbital ATK Antares rocket, with the Cygnus spacecraft onboard, is seen at launch Pad-0A, at sunrise Sunday, May 20, 2018 at Wallops Flight Facility in Virginia. The Antares will launch with the Cygnus spacecraft filled with 7,400 pounds of cargo for the International Space Station, including science experiments, crew supplies, and vehicle hardware. The mission is Orbital ATK's ninth contracted cargo delivery flight to ISS for NASA. (Aubrey Gemignani/NASA via AP)
Latest in Aerospace

The payload serves as a stepping stone toward reusing technologies for multiple applications.
Feb 17th, 2021
Follow Us
Most Recent