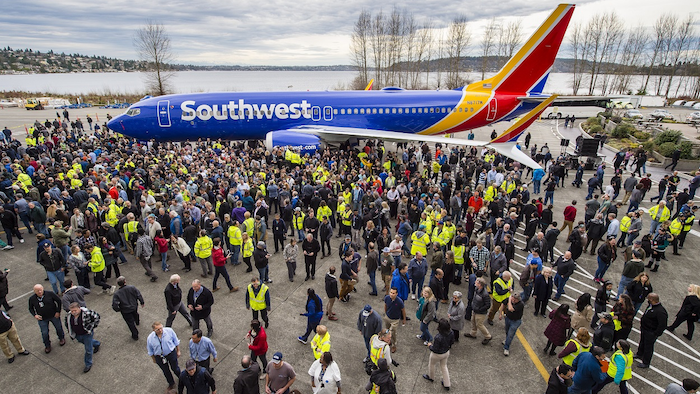 The company announced the Guinness World Records title win on Tuesday when the 10,000th 737, a 737 Max 8 headed for service with Southwest Airlines, came off the production line at the Renton, Wash., factory.

"The speed at which Boeing achieved this new milestone is very impressive," said Michael Empric, official adjudicator for Guinness World Records. "We are excited to once again recognize the 737 and the important role it plays in commercial aviation."

Boeing also held this title with the 737 in 2006, when it produced the 5,000th airplane at the Renton factory. The fast growth between those two records shows the growing market demand and higher production rates in the industry, with the 10,000th airplane coming only 12 years after the 5,000th. The previous record took almost four decades to reach.

"This incredible milestone is a testament to the work we do every day to build the most reliable and efficient single-aisle airplane in the world," said Boeing Commercial Airplanes president and CEO Kevin McAllister. "It represents more than 50 years of success and achievement on the part of thousands of Boeing employees past and present, our supplier partners, and our airline customers around the globe who put their confidence in the 737."

The 737 Max is certainly in high demand, and Boeing touts its engine as being 40 percent quieter than the previous generation. In stranger and less positive news, it’s also known for having very small bathrooms.