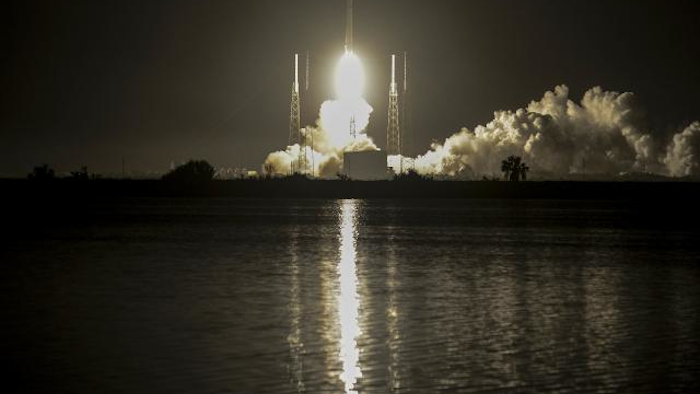 SpaceX is marking the 50th launch of a Falcon 9 rocket, its satellite-delivery workhorse.

No attempt was made to recover the first-stage booster. Waves offshore were too rough for a barge landing.

SpaceX has been flying the Falcon 9 since mid-2010. Fifty launches in less than eight years is a pretty good clip, by rocket standards.

SpaceX founder Elon Musk says via Twitter that he can't believe it's already been 50 launches and that just 10 years ago, the company couldn't even reach orbit with the little, original Falcon 1.