SpaceX chief executive Elon Musk has said the Falcon Heavy will launch his own cherry-red Tesla Roadster into space. 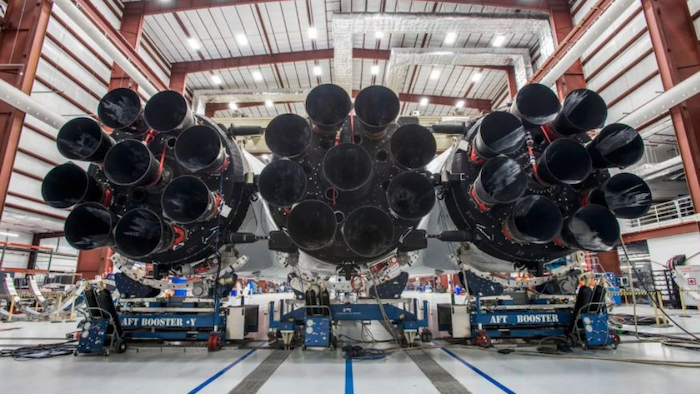 SpaceX has unveiled its new Falcon Heavy rocket a month before its first launch.

Photos released Wednesday by SpaceX chief executive Elon Musk show the new rocket inside its Florida hangar. Missing is the cargo for the January test flight.

Musk has said the Falcon Heavy will launch his own cherry-red Tesla Roadster into space. First, though, SpaceX will test-fire all 27 of the rocket's engines at the pad. That's three times more engines than the company's Falcon 9, used to hoist satellites and space station supplies. SpaceX aims to conduct the test by the end of the month.

Musk has repeatedly warned there's a good chance the rocket could blow up. He heads up the Tesla electric car company.

The mysterious craft spent two days in orbit before landing as planned.
Sep 8th, 2020
Follow Us
Most Recent