A Falcon 9 rocket will launch the secretive X-37B space plane later this year. 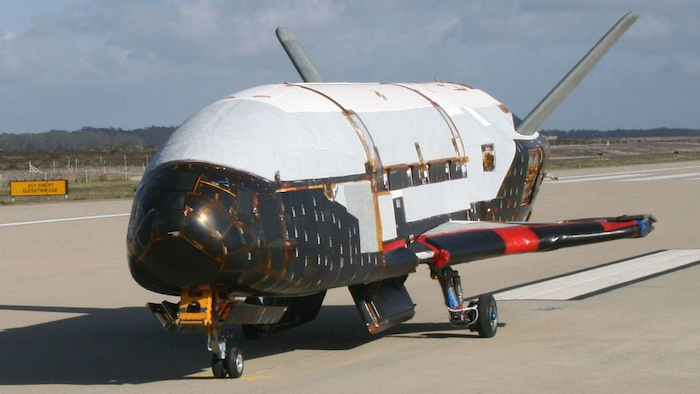 SpaceX reportedly secured a contract for the launch of a secretive Air Force project at some point later this year.

Terms of the contract were not disclosed, and most details of the project itself remain largely under wraps.

The Air Force's unmanned space plane, named the X-37B, will launch vertically on a SpaceX Falcon 9 rocket but, like the Space Shuttle, will land on a runway.

Military officials indicated that the next flight, the fifth for the plane, will test "experimental electronics and oscillating heat pipes" on lengthy trips into space.

ULA launched the last X-37B, which spent nearly two years in space before its mission wrapped up in May.