This was SpaceX's second attempt at delivering the new port for NASA; the last one went up in smoke last year. 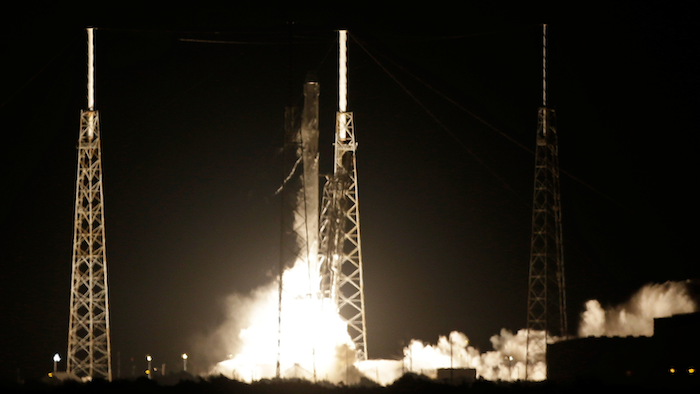 The Falcon 9 is headed to the International Space Station with 5,000 pounds of supplies. (AP Photo/John Raoux)

As an extra treat, the company brought its leftover first-stage booster back to Cape Canaveral Air Force Station for a vertical touchdown — only the second such land landing for an orbital mission and the ultimate in recycling. Twin sonic booms rocked the moonlit night, old shuttle landing-style.

The cosmic double-header got underway as the unmanned Falcon rocket streaked upward through the middle-of-the-night darkness, carrying 5,000 pounds of food, experiments and equipment for the International Space Station. The orbiting outpost was soaring over the North Atlantic at liftoff.

It was SpaceX's second shot at delivering a new-style docking port for NASA. The last one went up in smoke over the Atlantic last year, a rocket accident casualty.

NASA needs this new docking setup at the space station before Americans can fly there in crew capsules set to debut next year. SpaceX is building astronaut-worthy versions of its Dragon cargo ships, while Boeing — which makes these docking ports — is working on a crew capsule called Starliner. The pair would dock to this ring and another due to fly in a year.

The Dragon and its latest shipment are due Wednesday at the 250-mile-high outpost.

NASA's space station program manager Kirk Shireman expected to be "sweating bullets without a doubt" at liftoff, as always. He said all the cargo is precious, but really wants this docking port "up there safe and sound."

SpaceX, meanwhile, had its sights not only on orbit, but also on the ground.

SpaceX brought its leftover first-stage booster back just a couple miles from where it lifted off eight minutes earlier. The company has now pulled off five vertical booster landings since December, three on an ocean platform and two on land. Employees at company headquarters in Hawthorne, California, cheered loudly and applauded when the 15-story booster touched down smoothly. 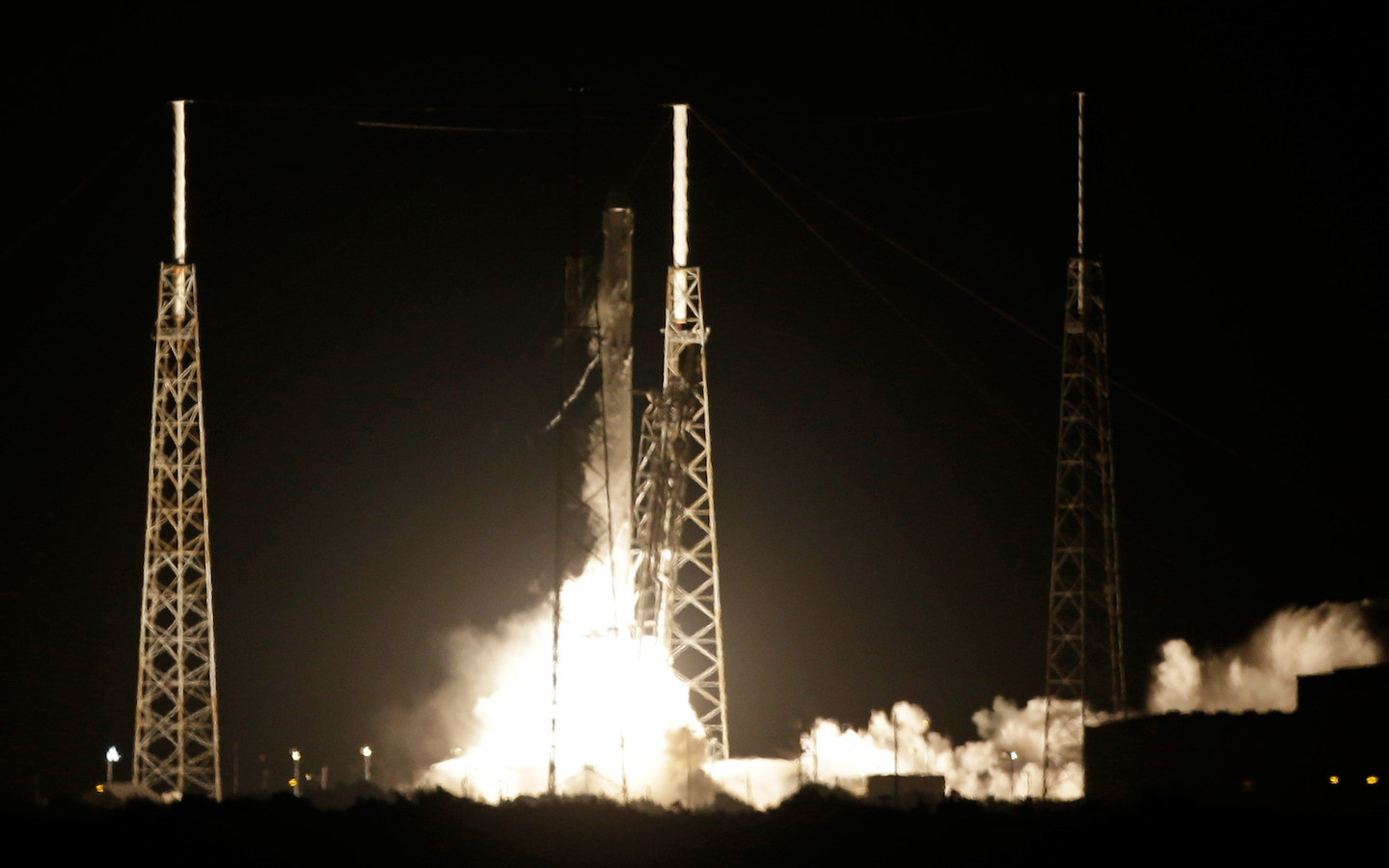 The Falcon 9 is headed to the International Space Station with 5,000 pounds of supplies. (AP Photo/John Raoux)

Koenigsmann said the booster looked to be in "excellent shape and probably pretty soon ready to fly again."

SpaceX founder and chief executive Elon Musk wants to refly his rockets to shave launch costs. The boosters normally are ditched at sea. The company hopes to launch its first recovered rocket this fall.

The two Americans on the six-person station crew will perform a spacewalk in August to hook up the new docking ring, about 5 feet across and 3 1/2 feet tall. Another port — cobbled together from spare parts — will replace the one lost in the June 2015 launch accident.

NASA went with private companies to supply the space station in the wake of the shuttle retirement five years ago this week. The next step will be launching NASA astronauts from U.S. soil; for now, Americans are hitching rides on Russian rockets.

Russia, meanwhile, also has a supply ship on the way. Launched over the weekend, it's due there Monday night. 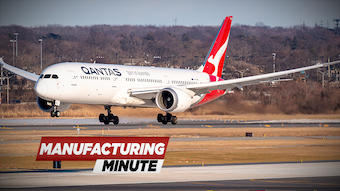 The airline's CEO says it was the fastest selling flight in the company’s history.
Sep 23rd, 2020 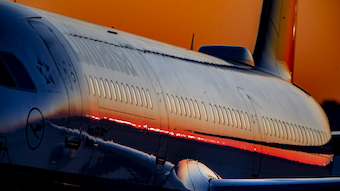 The facility will monitor potential threats posed by space junk to satellites or people on the ground.
Sep 22nd, 2020

The review is part of an ongoing investigation into Spaceport America's chief executive.
Sep 9th, 2020
Follow Us
Most Recent