Earlier this week, NASA announced a mission of burning importance: testing the effects of microgravity on fire. 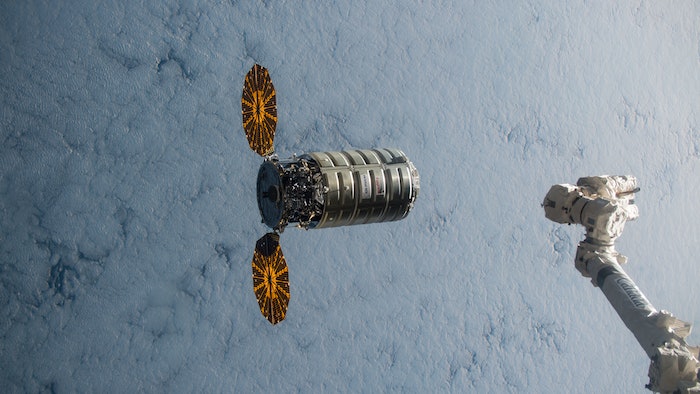 Earlier this week, NASA announced a mission of burning importance: testing the effects of microgravity on fire.

After an Orbital ATK Cygnus capsule delivers supplies to the International Space Station, NASA plans to ignite a “large-scale fire” aboard the capsule launched on March 23.

To ensure the safety of astronauts aboard the ISS, the Spacecraft Fire Experiment-1 (Saffire-1) will begin the day after Cygnus undocks from the ISS, while the capsule is four hours away but before it re-enters Earth’s atmosphere.

The fire will remotely be started by a hot wire and will burn a 1-meter-long cotton-fiberglass composite — a material often found in spacecraft — within a sealed box.

While two cameras capture the 15- to 20-minute burn, other nearby instruments will also monitor temperature, radiant heat, carbon dioxide and oxygen consumption. With that fire safely self-extinguished and all captured data downloaded, the capsule is free to burn up upon reentry into Earth’s atmosphere.

Saffire-1 — just one in a series of experiments — will hopefully help NASA to improve fire safety on all spacecraft by evaluating both flame growth and the flammability of materials.

Two subsequent experiments are planned for the next two Cygnus flights. Saffire-3 will be very similar to this experiment, while Saffire-2 will test maximum oxygen concentration flammability limits on smaller samples of nine materials.

Although this isn’t the first time NASA has studied fire in space, this experiment will be the first in “a practical scale.”

Do you think these practical-scale tests studying fire in space are long overdue? Comment below or tweet @KatieeMohr.