The gas giant is thought to be almost as big as Neptune and distant enough to take 10,000 to 20,000 years to circle the sun. 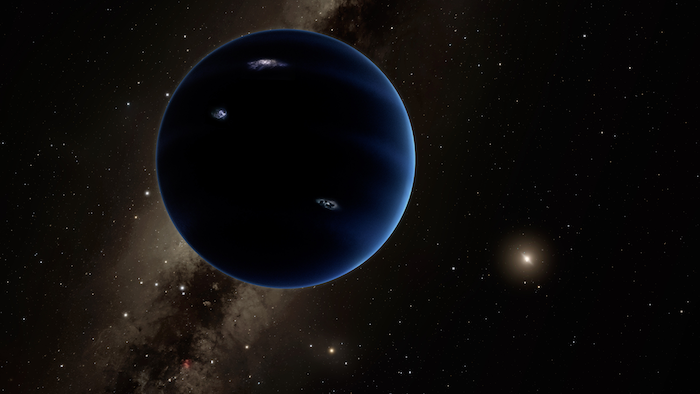 This artistic rendering provided by California Institute of Technology shows the distant view from Planet Nine back towards the sun. The planet is thought to be gaseous, similar to Uranus and Neptune. Hypothetical lightning lights up the night side. Scientists reported Wednesday, Jan. 20, 2016, they finally have "good evidence" for Planet X, a true ninth planet on the fringes of our solar system. (R. Hurt/Infrared Processing and Analysis Center/Courtesy of California Institute of Technology via AP)

Scientists reported Wednesday they finally have "good evidence" for Planet X, a true ninth planet on the fringes of our solar system.

The gas giant is thought to be almost as big as Neptune and orbiting billions of miles beyond Neptune's path — distant enough to take 10,000 to 20,000 years to circle the sun.

This Planet 9, as the two California Institute of Technology researchers call it, hasn't been spotted yet. They base their findings on mathematical and computer modeling, and anticipate its discovery via telescope within five years or less.

The two reported on their research Wednesday in the Astronomical Journal because they want people to help them look for it.

"We could have stayed quiet and quietly spent the next five years searching the skies ourselves and hoping to find it. But I would rather somebody find it sooner, than me find it later," astronomer Mike Brown told The Associated Press. 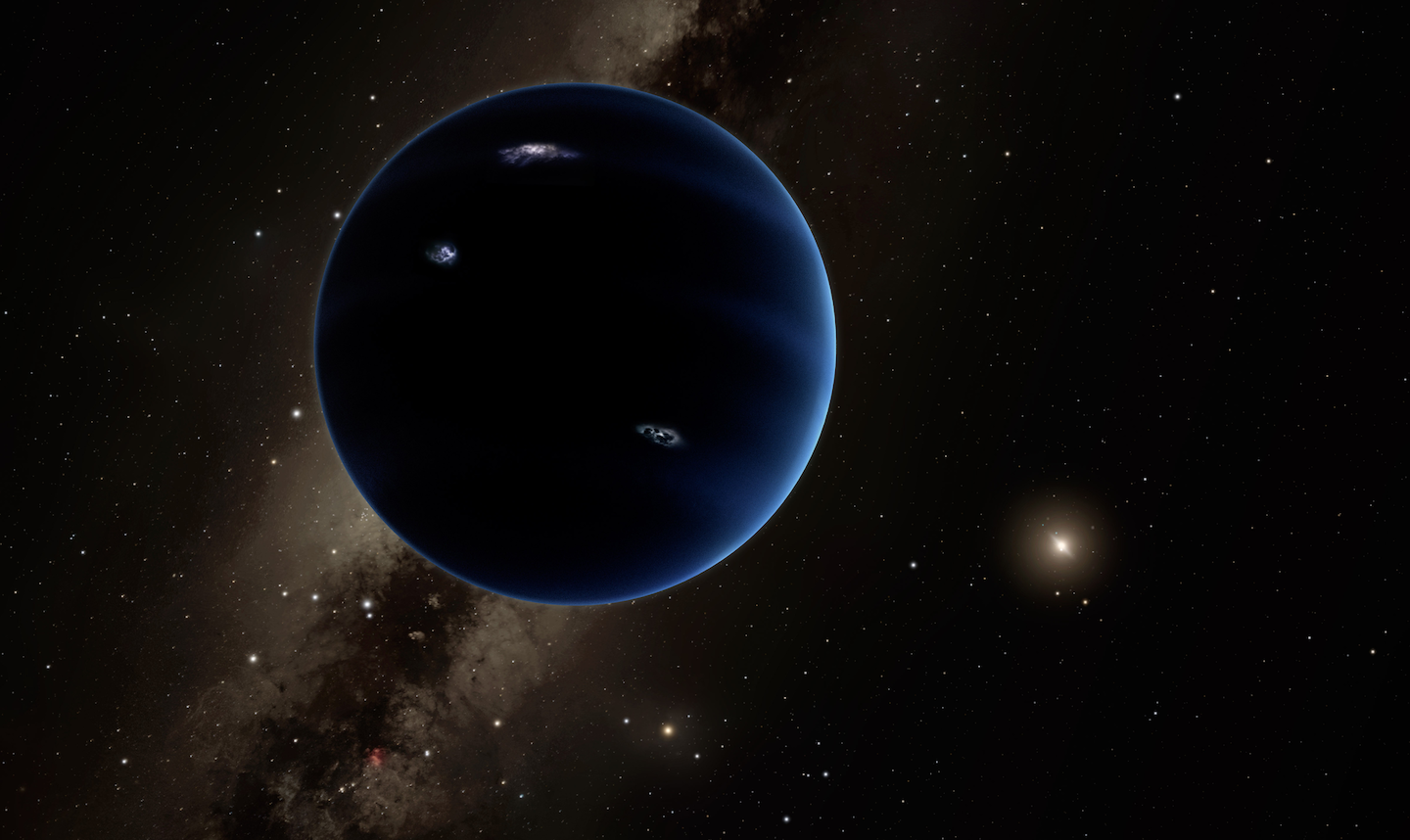 This artistic rendering provided by California Institute of Technology shows the distant view from Planet Nine back towards the sun. The planet is thought to be gaseous, similar to Uranus and Neptune. Hypothetical lightning lights up the night side. Scientists reported Wednesday, Jan. 20, 2016, they finally have "good evidence" for Planet X, a true ninth planet on the fringes of our solar system. (R. Hurt/Infrared Processing and Analysis Center/Courtesy of California Institute of Technology via AP)

Once it's detected, Brown insists there will be no Pluto-style planetary debate. Brown ought to know; he's the so-called Pluto killer who helped lead the charge against Pluto's planetary status in 2006. (It's now officially considered a dwarf planet.)

His colleague in this latest Planet 9 report, also from Caltech in Pasadena, is planetary scientist Konstantin Batygin.

"For the first time in more than 150 years, there's good evidence that the planetary census of the solar system is incomplete," Batygin said, referring to Neptune's discovery as Planet 8.

The two shaped their prediction on the fact that six objects in the icy Kuiper Belt, or Twilight Zone on the far reaches of the solar system, appear to be influenced by only one thing: a real planet.

Brown actually discovered one of these six objects more than a decade ago, Sedna, a large minor planet way out there on the solar system frontier.

"This is a prediction. What we have found is a gravitational signature of Planet 9 lurking in the outskirts of the solar system,' Batygin said. "We have not found the object itself," he stressed, adding that the actual discovery when it happens will be "era-defining."

Added Brown: "We have felt a great disturbance in the force."

Depending on where this Planet 9 is in its egg-shaped orbit, a space telescope may be needed to confirm its presence, the researchers said. Or good backyard telescopes may spot it, they noted, if the planet is relatively closer to us in its swing around the sun. It's an estimated 20 billion to 100 billion miles from us.

The Caltech researchers prefer calling it Planet 9, versus the historical term Planet X. The latter smacks of "aliens and the imminent destruction of the Earth," according to Brown.

The last real planet to be discovered in our solar system was Neptune in 1846. Pluto, discovered in 1930, was once the 9th planet but is now considered a dwarf planet in the Kuiper Belt. It was visited by Earth for the first time last July; NASA's New Horizons spacecraft accomplished the first-ever flyby.

The spacecraft, unfortunately, is in the opposite direction of Planet 9, according to the researchers, and thus unable to help in its detection.

"This kind of thing comes around every few years. To date, none of those predicts have been borne out by discoveries," Stern said in an email Wednesday. "I'd be very happy if the Brown-Batygin were the exception to the rule, but we'll have to wait and see. Prediction is not discovery."

Brown realizes skepticism will exist until the planet is actually observed.

"It's such a long history of people being basically wrong that standing up and saying we're right this time makes us almost look crazy," Brown said. "Except I'm going to stand up and say we're actually right this time. The evidence for the first time is actually very good that this thing is actually out there."