British astronaut Tim Peake tweeted an apology on Christmas Day from the International Space Station after calling a wrong number. 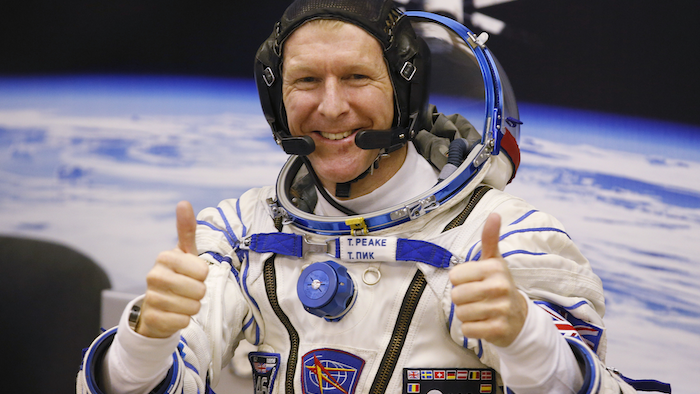 British astronaut Tim Peake, member of the main crew of the expedition to the International Space Station (ISS), gestures prior the launch in Kazakhstan. (AP Photo/Dmitry Lovetsky, File)

Anyone can dial a wrong number, but it's not often done from outer space.

British astronaut Tim Peake tweeted an apology on Christmas Day from the International Space Station after calling a wrong number.

He wrote "I'd like to apologize to the lady I just called by mistake saying 'Hello, is this planet Earth?' — not a prank call — just a wrong number!"

The 43-year-old former army helicopter pilot did not say who he was calling.

Millions of Britons have been following his mission closely since he became Britain's first publicly funded astronaut and the first Briton to visit the space station.

The nation seemed to come to a halt during liftoff Dec. 15 as many stopped what they were doing and nervously watched live coverage of him leaving the earth for outer space.

An astronomer told Britons they might have a chance to view the space station as it transits above the earth on Christmas Day. 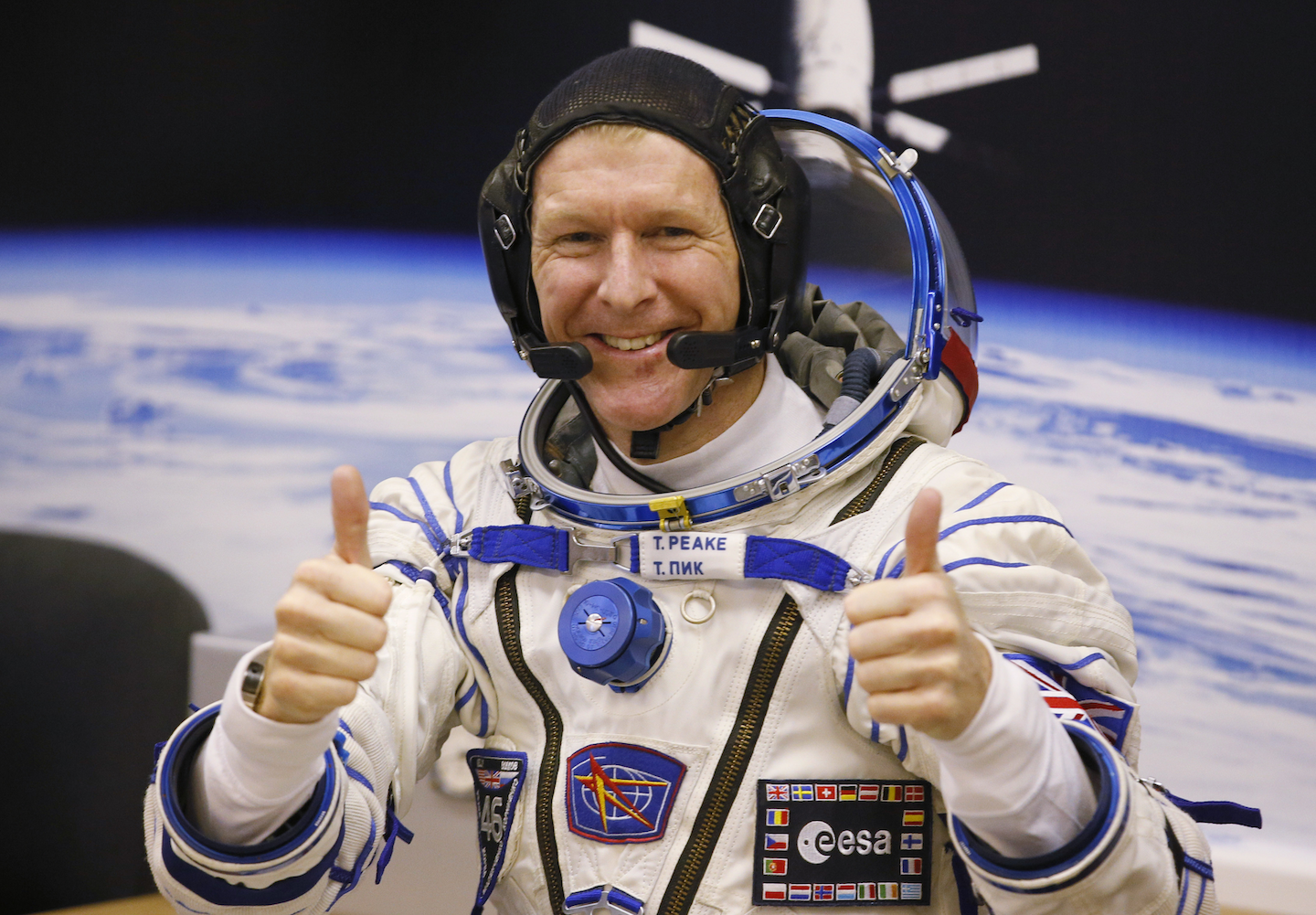 British astronaut Tim Peake, member of the main crew of the expedition to the International Space Station (ISS), gestures prior the launch in Kazakhstan. (AP Photo/Dmitry Lovetsky, File)

Robin Scagell of the Society for Popular Astronomy said the station would be flying relatively low when it passes over London and would be "the brightest star in the sky, moving rapidly from west to east."

Peake plans to conduct experiments on how the human body reacts in space and — in a British twist on space exploration — try out a new tea-making process geared toward zero gravity.

He is sharing the space station with five other astronauts from Russia and the United States. Peake's crewmates are NASA's Scott Kelly and Tim Kopra and Russians Mikhail Kornienko, Yuri Malenchenko and Sergey Volkov.

Kelly and Kornienko are on the first joint U.S.-Russian one-year mission at the space station.