NASA To Exit Space Station By 2028 In Move Toward Moon

A visit to the cislunar space would be humans’ first trip outside of Earth’s orbit since 1972. 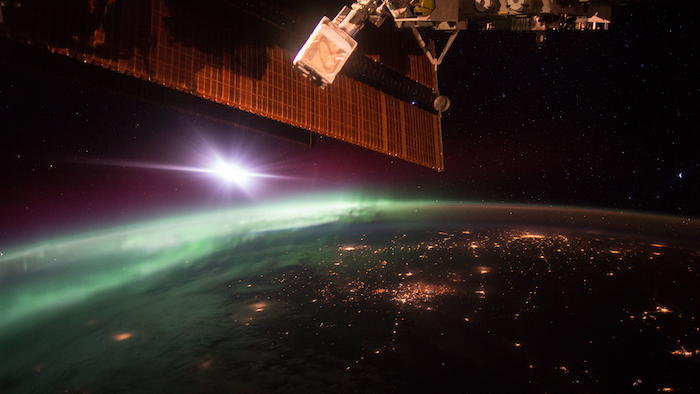 When the International Space Station becomes inoperative — in 2028 at the latest — NASA has decided it won’t be seeking a replacement.

At an advisory council meeting last week, according to Ars Technica, NASA’s chief of human spaceflight William Gerstenmaier announced that they’ll be moving out of the ISS in low Earth orbit and instead pursue cislunar space — the area of space surrounding the moon.

“We’re going to get out of ISS as quickly as we can,” Gerstenmaier said. “Whether it gets filled in by the private sector or not, NASA’s vision is we’re trying to move out.”

Any attempt to occupy low Earth orbit after that point would be in a much smaller, cheaper station shared by about 15 countries.

The ISS has so far been continuously occupied for 15 years, orbiting Earth at 5 miles per second. When decommissioned, NASA will likely deorbit the spacecraft and let Earth’s gravitational pull and atmosphere do the rest. Whatever is left over will likely fall into the Pacific Ocean.

Funding for ISS maintenance was guaranteed through 2024 by the recently passed SPACE Act, but the ISS could require funding for years after that date. By then, the ISS program’s annual budget could rise to $4 billion from the $3 billion it is now.

The SPACE Act also made several maneuvers to encourage private space travel. By the time NASA vacates the ISS, the space it occupies in low Earth orbit could be filled with private platforms for mining, manufacturing or tourism.

But to move toward their dream of long-term habitation on Mars, NASA researchers need to go deeper into space. A visit to the cislunar space would be humans’ first trip outside of Earth’s orbit since the Apollo 17 moon landing in 1972.

Do you think transitioning out of the ISS is the right move for space exploration? Comment below or tweet me @MNetKatie.

The rules bring the nation closer to more routine drone operations, including for package delivery.
Dec 29th, 2020
Follow Us
Most Recent