The metal piece is about 10 meters by 4 meters wide and was found in the Isles of Scilly. 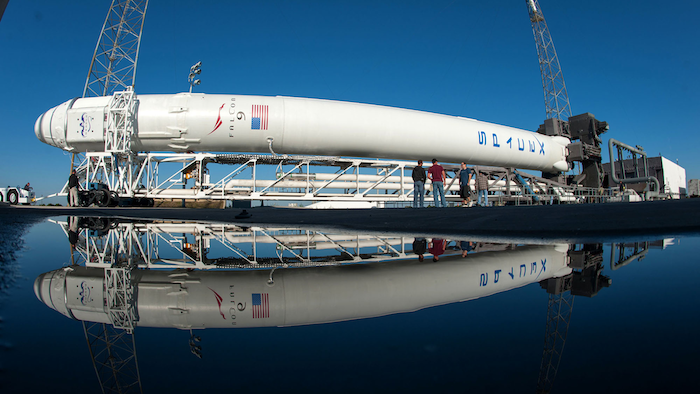 Pieces of the SpaceX Falcon 9 rocket that exploded shortly after take-off in June was found at sea off the coast of the United Kingdom.

According to the BBC, commercial boat crewman Joseph Thomas found the debris on Nov. 26. It was reported to the UK coastguard that afternoon.

towed in and beached a piece of flotsam earlier. thoughts were could be aviation parts ..didnt imagine space race pic.twitter.com/f7esX0ixGb

The metal piece is about 10 meters by 4 meters wide and was found between the islands of Bryher and Tresco, in the Isles of Scilly off of the southwestern coast of England.

The Falcon 9 was en route from Cape Canaveral in Florida to the International Space Station with a Dragon cargo capsule. It landed in the Atlantic Ocean, where currents appear to have carried it 4,100 miles to the English islands. The American flag and “Falcon 9” logo are visible on the piece of debris, which is also covered in what appear to be goose barnacles.

Coast Guard area commander Martin Leslie said, “The markings show an American flag. It looks like it’s an American rocket and is similar to the unmanned Space X Falcon 9 which blew up shortly after take-off from Cape Canaveral in June.

“We’re grateful for all those who helped in its recovery — it was a great example of the community working together.” The piece of debris is currently held under guard on the beach in the town of New Grimsby on Tresco. SpaceX has not commented on the find.