Over the weekend, veterans in New Orleans were reunited with World War II-era aircraft. 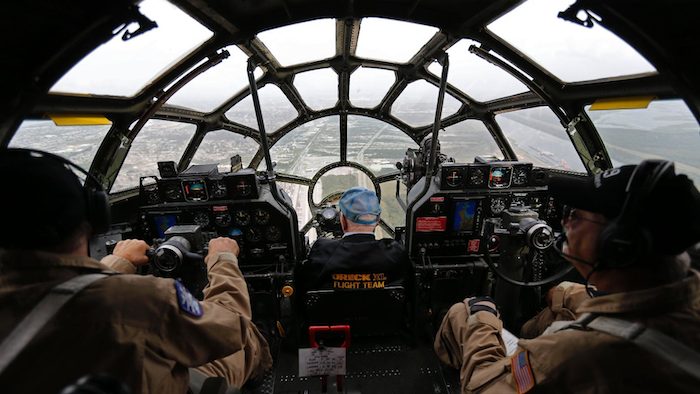 Over the weekend, veterans in New Orleans were reunited with World War II-era aircraft at the WWII AirPower Expo 2015.

The annual airshow — organized by the National WWII Museum and Commemorative Air Force — featured flights and cockpit tours of planes like the P-63 Kingcobra and the B-25J Mitchell.

In an interview with the Associated Press, 92-year-old Victor Hancock described his latest flight saying, “I deliberately closed my eyes and envisioned I was in Corsica taking off in formation.” More than 70 years ago, Hancock flew a B-25 bomber over Italy and Austria 22 times.

The CAF’s fleet of historic war planes — known as “The Ghost Squadron” — includes some of the last remaining flight-capable crafts from the era. Among those is the B-29 Superfortress and the SB2C Helldiver.

Would you want to get behind the controls of one of these WWII aircraft? Comment below or tweet me @MNetKatie.