Check out some of this week's top headlines from across Manufacturing.net, from a tech firm losing 20 workers when a jet vanishes, to Tesla's battle with New Jersey. 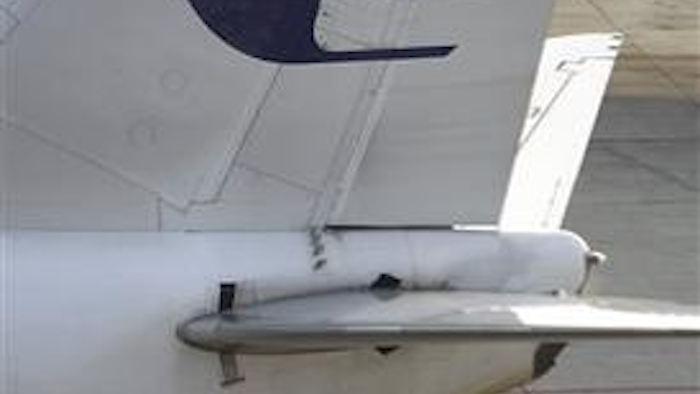 Check out some of this week's top headlines from across Manufacturing.net, from a tech firm losing 20 workers when a jet vanishes, to Tesla's battle with New Jersey.

AUSTIN, Texas (AP) -- Twenty employees of an Austin-based technology company on board the missing Malaysia Airlines flight were en route to a business meeting in China, a spokeswoman for the tech firm said Sunday.

The employees — 12 from Malaysia and eight from China —work at facilities in their respective countries that manufacture semiconductor chips, said Freescale Semiconductor spokeswoman Jacey Zuniga.

"We have several manufacturing sites in Kuala Lumpur and Tianjin, China. Those 20 employees were with those teams," she said.

The employees were aboard Flight MH370, which lost contact with ground controllers somewhere between Malaysia and Vietnam after leaving Kuala Lumpur early Saturday morning for Beijing. The plane was carrying 239 people. Continue reading...

UNITED NATIONS (AP) -- The head of the organization that monitors the nuclear test ban treaty said Monday he has asked its experts to see if they detected an explosion at high altitude of the missing Malaysian Airlines plane.

There is no sign of the missing Boeing 777 carrying 239 people, which lost contact over the sea between Malaysia and Vietnam early Saturday. Zerbo said he asked the head of the CTBTO's International Data Center to look at the data "and get back to me." Continue reading...

Tesla Motors has always had a bit of a difficult time in getting its vehicles to customers around the country, primarily because of its unique business model. Instead of having the traditional dealership structure, customers can buy vehicles directly from Tesla and have them shipped right to their front door. It’s very much a start-up method of doing business, even for a company that is a legitimate player in the U.S. automotive world.

It’s made them some enemies with dealers, who want a piece of the pie. And it’s made rolling out sale in certain states, like New Jersey, particularly difficult. Tesla and the New Jersey Motor Vehicle Commission (NJMVC) were working together to resolve any issues, but according to a blog post put up on the Tesla corporate site today, that relationship has fallen apart, and as of this afternoon, Tesla is banned from selling vehicles in the state via its own sales model. Continue reading...

Democrats Talk All Night About Climate

WASHINGTON (AP) -- Democratic senators clocked an all-nighter, working in shifts into Tuesday morning to warn of the devastation from climate change and the danger of inaction.

Addressing a nearly empty chamber and visitor gallery, more than two dozen speakers agreed with each other about the need to act on climate change. Naysayers — Republicans — largely stayed away, arguing hours earlier that regulation would cost Americans jobs in a sluggish economy.

How Can A Jet Disappear?

KUALA LUMPUR, Malaysia (AP) -- In an age when people assume that any bit of information is just a click away, the thought that a jetliner could simply disappear over the ocean for more than two days is staggering. But Malaysia Airlines Flight MH370 is hardly the first reminder of how big the seas are, and of how agonizing it can be to try to find something lost in them.

It took two years to find the main wreckage of an Air France jet that plunged into the Atlantic Ocean in 2009. Closer to the area between Malaysia and Vietnam where Saturday's flight vanished, it took a week for debris from an Indonesian jet to be spotted in 2007. Today, the mostly intact fuselage still sits on the bottom of the ocean.

"The world is a big place," said Michael Smart, professor of aerospace engineering at the University of Queensland in Australia. "If it happens to come down in the middle of the ocean and it's not near a shipping lane or something, who knows how long it could take them to find?" Continue reading...

SAN FRANCISCO (AP) -- The United States Mint in San Francisco will soon produce an unusual coin in honor of the nation's favorite pastime.

Like so many great baseball pitches, the new coin will feature a curve.

The bowl-shaped currency is the result of a 2012 law — the National Baseball Hall of Fame Commemorative Coin Act — ordering the U.S. Treasury to manufacture the coin to commemorate the Hall of Fame, which celebrates its 75th anniversary in 2014. Continue reading...