A U.S.-Russian crew docked early Friday with the International Space Station, about six hours after launching from Russia's manned space facility in Kazakhstan. The Russian Soyuz-TMA14M spacecraft joined up with the space laboratory as it ... 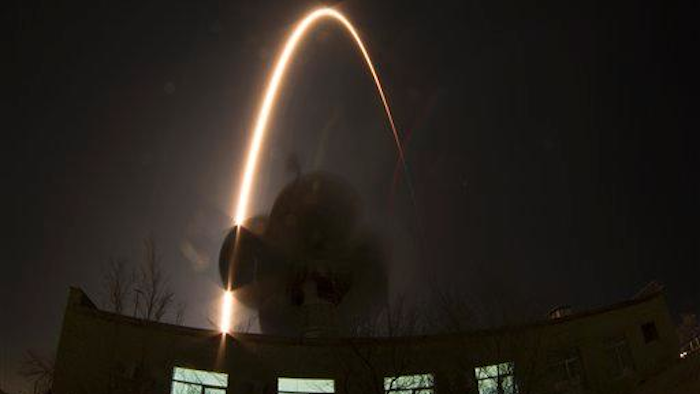 A U.S.-Russian crew docked early Friday with the International Space Station, about six hours after launching from Russia's manned space facility in Kazakhstan.

The Russian Soyuz-TMA14M spacecraft joined up with the space laboratory as it orbited 226 miles (364 kilometers) above the earth. It was carrying space veterans Alexander Samokutayev of Russia and American Barry Wilmore along with Elena Servova of Russia, making her first journey.

The new crew is beginning a planned six-month deployment on the ISS, joining three others already on board.

Serova is the first Russian woman to fly to space since 1997, and the fourth woman in the history of the Soviet and Russian space programs. Valentina Tereshkova became the first woman in space in 1963.

Since the retirement of the U.S. space shuttle fleet in 2011, Russian Soyuz spacecraft have served as the only means to ferry crew to and from the space outpost, the latest price tag being $71 million per seat.

Earlier this month, NASA made a major step toward ending the period of expensive dependence on Russian spacecraft, picking Boeing and SpaceX to transport astronauts to the station in the next few years. The California-based SpaceX, led by billionaire Elon Musk, has indicated its seats will cost $20 million apiece.

NASA has set a goal of 2017 for the first launch from Cape Canaveral.

SpaceX is already using its unmanned Dragon capsule to deliver supplies to the space station, and is developing its manned version.