The independent monitor says he has 15 open investigations underway.

An independent, court-appointed monitor of the United Autoworkers Union says the UAW has “fallen short” on the many reform efforts laid out in a settlement with prosecutors last year.

The union had been under pressure to reform after more than two dozen former leaders were convicted of crimes, including embezzlement, after being accused of lavishing spending for their own personal benefit. After a yearslong corruption probe, federal prosecutors reached a deal with the union in December of 2020, part of which included the appointment of a monitor to oversee the UAW’s activities for six years.

Other agreed upon actions included the UAW paying back the IRS some $1.5 million and reviewing its internal voting process.

But nearly a year later, the independent monitor, former federal prosecutor Neil Barofsky, says the UAW still has a long way to go, disclosing recently that he has 15 open investigations underway.

According to Automotive News, citing a report issued by Barofsky, the union is being urged to "take more affirmative measures to fully eradicate the strong remnants of the 'toxic' culture that characterized its recent past and still remain present today."

UAW President Ray Curry has pointed to some of the positive changes the union has made, including the establishment of an ethics hotline, and the hiring of a new external ethics officer, though Barofsky says the organization hasn’t done enough "enough to respond to repeated warnings about the pressing need to transform its culture."

According to Auto News, Barofsky has authority to exercise disciplinary powers within the UAW and seek discipline against officers and members. He grants that some progress has been made, but appears to feel the government has played a greater role in that than the union itself, saying his findings "should not take away from the meaningful changes that have occurred since the government started putting former UAW officials in prison." 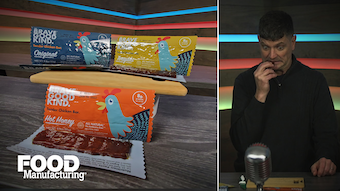 An employee was fired after raising concerns about the company’s COVID-19 policies.
Nov 23rd, 2021
Follow Us
Most Recent