How an F-150 Hybrid Saved a Wedding

All thanks to the PowerBoost feature.

The recent events of a Farmington Hills, Michigan wedding would seem to suggest that taking your work home with you is not always the worst thing for your marriage, or for others.

According to a report in the Detroit Free Press, married Ford engineers, and wedding guests, Harish Thiruvengadam and Swetha Shailendra were able to save the day after nearby storms knocked out power at an outdoor wedding reception.

The electricity went down at about 10 p.m., and with the groom about to call it an early night, Thiruvengadam, a mechanical engineer, remembered the PowerBoost feature of the couple’s F-150.

The PowerBoost is a hybrid-electric system powered by a lithium-ion battery pack, an electric motor and regenerative braking. It allows for full EV operation in certain conditions, but also works with the gasoline engine to generate a range of up to 700 miles on a single tank of gas, and still deliver enough power to tow up to 12,000 pounds.

But in this instance fuel efficiency and towing power were nothing compared to another feature of the PowerBoost platform – the ProPower Onboard. This mobile generator is able to capture power from the battery is delivering on-site power for tools, or in this case, lighting, music devices and speakers.

Shailendra, who works as an advanced connected vehicle engineer at Ford, helped her husband plug multiple cords into a power strip, which was then connected to outlets on the ProPower Onboard – keeping the party going strong for another five hours.

The couple said they had experienced a similar power outage at their home a couple of days prior and used the truck’s generator for a number of appliances.

If you’re interested and your local dealership has weathered industry-wide inventory issues, a 2021 F-150 Hybrid with the ProPower Onboard starts at just over $73K. 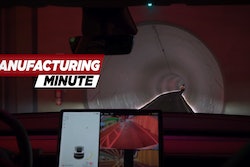 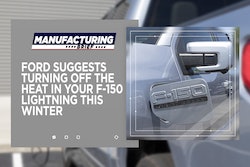 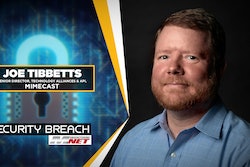