Spot got an upgrade.

By now, it’s clear we’ll all look back fondly on 2021 as being the year full of news reports that keep us up at night. So here’s another one.

You all remember Spot, the robot dog, right? The quadruped wasn’t so great for cuddles, but it was excellent at automating tasks that were challenging for humans, including dangerous ones like applications on oil rigs or with COVID patients. And Spot also offered the kind of unsettling creepiness that can only come with the accuracy of its mimicry of animal movements.

Well, there’s a new dog on the block that’s arguably more creepy… and we’re here to haunt your dreams with as much detail as possible.

But this isn’t really the end game for the CyberDog. Xiaomi

Meanwhile, the Spot robot hasn’t exactly been sitting around barking at cars and eating dental chews. A technical innovation from the company Fugro has resulted in an enhanced accessory for Spot with an intense name for a sweet little dog: SCAR. The SCAR version of Spot was developed by French engineering students, and utilizes a 3D scanner and camera to assess areas that are not always accessible to humans. New sensors mean SCAR can improve its perception of its surroundings, making its surveying abilities even better than before. 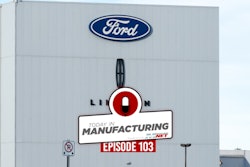