Government incentives could take the car’s starting price below $20,000.

That means resolving issues such as limited driving ranges and lengthy charging times — where automakers have made great strides in recent years — but it also means making EVs more affordable.

Nissan, which helped usher in the electric-car era with its Leaf more than a decade ago, has reportedly slashed the starting price of the newest Leaf model by thousands of dollars compared to the 2021 version — and can now claim the title of the nation’s most affordable EV.

Electrek reports that the 2022 Leaf features a starting suggested retail price of $27,400, down more than $4,000 compared to the 2021 model. That doesn’t include things like taxes, license fees or destination fees, but it also doesn’t include a full federal tax credit for EVs, which Nissan still qualifies for. That would drop the starting price below $20,000, with potentially more savings available through state or local incentives.

The Mini Electric, often cited as the market’s cheapest EV, starts at just under $30,000, while Tesla’s mass-market electric sedan, the Model 3, starts at more than $40,000.

Nissan also plans to bolster its EV lineup in the U.S. later this year. The Ariya mid-size SUV will reportedly feature a range of up to 300 miles. 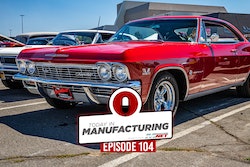