Also in the podcast, Walmart is giving away smartphones and plant accident nets widow $222M.

Welcome to the Today in Manufacturing Podcast, a new podcast brought to you by the editors from Manufacturing.net and Industrial Equipment News (IEN). In each episode, we discuss the five biggest stories in manufacturing, and the implications they have on the industry moving forward. This week, we talk about:

Tech giant IBM wants GlobalFoundries, a major semiconductor manufacturer, to pay $2.5 billion for violating the terms of a 2014 deal. Six years ago, GlobalFoundries bought IBM’s chip business for $1.5 billion. IBM says GlobalFoundries agreed to continue making chips for them as part of the deal, but in 2018 GlobalFoundries abandoned advanced chipmaking technology due to outrageous R&D costs.

A court has blocked the construction of a Pilgrim’s Pride plant in Gadsden, Alabama that would render dead chickens and chicken parts into animal feed. The plant has received a lot of “vocal community opposition” because the plant will be “a smelly, dangerous nuisance" located near homes, schools and a church.

Walmart has announced plans to provide 740,000 workers with their own smartphones. The Samsung Galaxy XCover Pro retails for $499 and Walmart says workers can use them as their personal mobile device. But there is a caveat, a new app called Me@Walmart.

Lordstown Motors said it may not be in business a year from now. Apparently the $587 million it had on hand as of March 31 isn't enough to start commercial production and begin selling the full-size pickup, called the Endurance.

In June 2018, 45-year-old Jesse Henson was killed while working at the Westar Energy’s Jeffrey Energy Center near St. Marys, Kansas. Henson was on the 14th floor of the power plant, investigating a loss of steam with another worker, Damien Burchett. When the elevator door opened on the floor, they were engulfed in superheated steam and sustained fatal burn injuries.

Stories that weren't the most popular on the sites last week, but still stand to make a significant impact on the industry.

GM’s OnStar system was launched in 1996, offering subscription-based security, safety and navigation features to drivers of GM vehicles. Now, GM has announced it will expand the technology to drivers of any type of vehicles, not just those produced by General Motors.

Manufacturing only lags behind financial services and insurance in the frequency of data breaches. DuPont, Nissan, Shell and Mondelez have all been victims. The article offers a look at what happened and how to guard against these hacks and ransomware schemes..

Do you own an Amazon smart device? If so, odds are good that the company is already sharing your internet connection with your neighbors unless you've specifically told it not to. 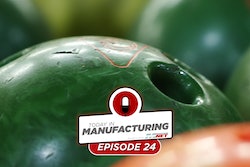 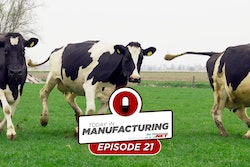 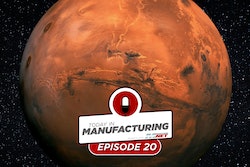