Soldiers could potentially tap into engineered cells and biochemicals as needed.

This week, the Defense Advanced Research Projects Agency (DARPA) made an incredible announcement that could, at first, improve the operational readiness of soldiers but eventually improve the lives of any person suffering jet lag or food poisoning.

The ADAPTER program aims to create new systems that give warfighters control over their bodies. Like any human, soldiers suffer from jet lag and food poisoning, making them less effective during critical missions. The plan is to create engineered cells and biochemicals integrated into an internal, bioelectronics carrier device that soldiers can tap into as needed. If a soldier's sleep schedule is off, he/she can activate therapies that either eliminate the illness or regulate disrupted circadian rhythms.

A team from Northwestern University will work on a wirelessly-controlled bioelectronic implant that releases peptide-based therapies. The hope is that the treatments will stabilize circadian clocks and reduce the time needed to adapt to new time zones or drastic work schedule changes.

A team from Stanford will develop an implantable device that produces and releases melatonin on demand for up to 30 days. Finally, MIT researchers will work on an ingestible device that deploys in the gut and has compounds that kill foodborne pathogens and neutralize toxins released by the pathogens.

Phase II will include animal testing. The carrier and cells will be placed in a large animal model to deliver physiologically relevant therapy doses.

The final phase will focus solely on making the ADAPTER system safe for humans.

The concept opens itself up to a host of security concerns, like can they hack soldier's melatonin and put them all to sleep, but I'm sure that will all be ironed out before this concept sees the field of battle. 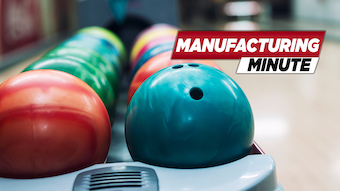