There have been already more than 1,250 raids by law enforcement that resulted in the seizure of 10 million counterfeit 3M masks alone. 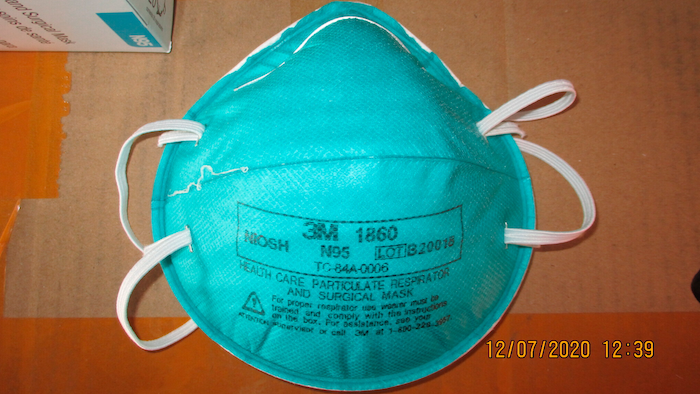 This December 2020 image provided by U.S. Immigration and Customs Enforcement (ICE) shows a counterfeit N95 surgical mask that was seized by ICE and U.S. Customs and Border Protection.
ICE via AP

WASHINGTON (AP) — Federal authorities are investigating a massive counterfeit N95 mask operation in which fake 3M masks were sold in at least five states to hospitals, medical facilities and government agencies. The foreign-made knockoffs are becoming increasingly difficult to spot and could put health care workers at grave risk for the coronavirus.

These masks are giving first responders “a false sense of security,” said Steve Francis, assistant director for global trade investigations with the Homeland Security Department’s principal investigative arm. He added, “We’ve seen a lot of fraud and other illegal activity.”

Officials could not name the states or the company involved because of the active investigation.

Nearly a year into the pandemic, fraud remains a major problem as scammers seek to exploit hospitals and desperate and weary Americans. Federal investigators say they have seen an increase in phony websites purporting to sell vaccines as well as fake medicine produced overseas and scams involving personal protective equipment. The schemes deliver phony products, unlike fraud earlier in the pandemic that focused more on fleecing customers.

3M, based in Maplewood, Minnesota, is among the largest global producers of the N95 mask, which has been approved by the U.S. National Institute for Occupational Safety and Health and is considered the gold standard in protection against the coronavirus. The company delivered some 2 billion N95 masks in 2020 as the pandemic soared, but in earlier months of the pandemic, when masks were in short supply, fraudsters starting popped up.

Rhodes encouraged medical facilities and even workers to look on the company's website for tips on how to spot fakes, namely through packaging or faulty trademarks.

“These products are not tested to see if they make the N95 standards,” he said “They’re not interested in testing them. They’re interested in making as many as they can as cheaply as possible.” 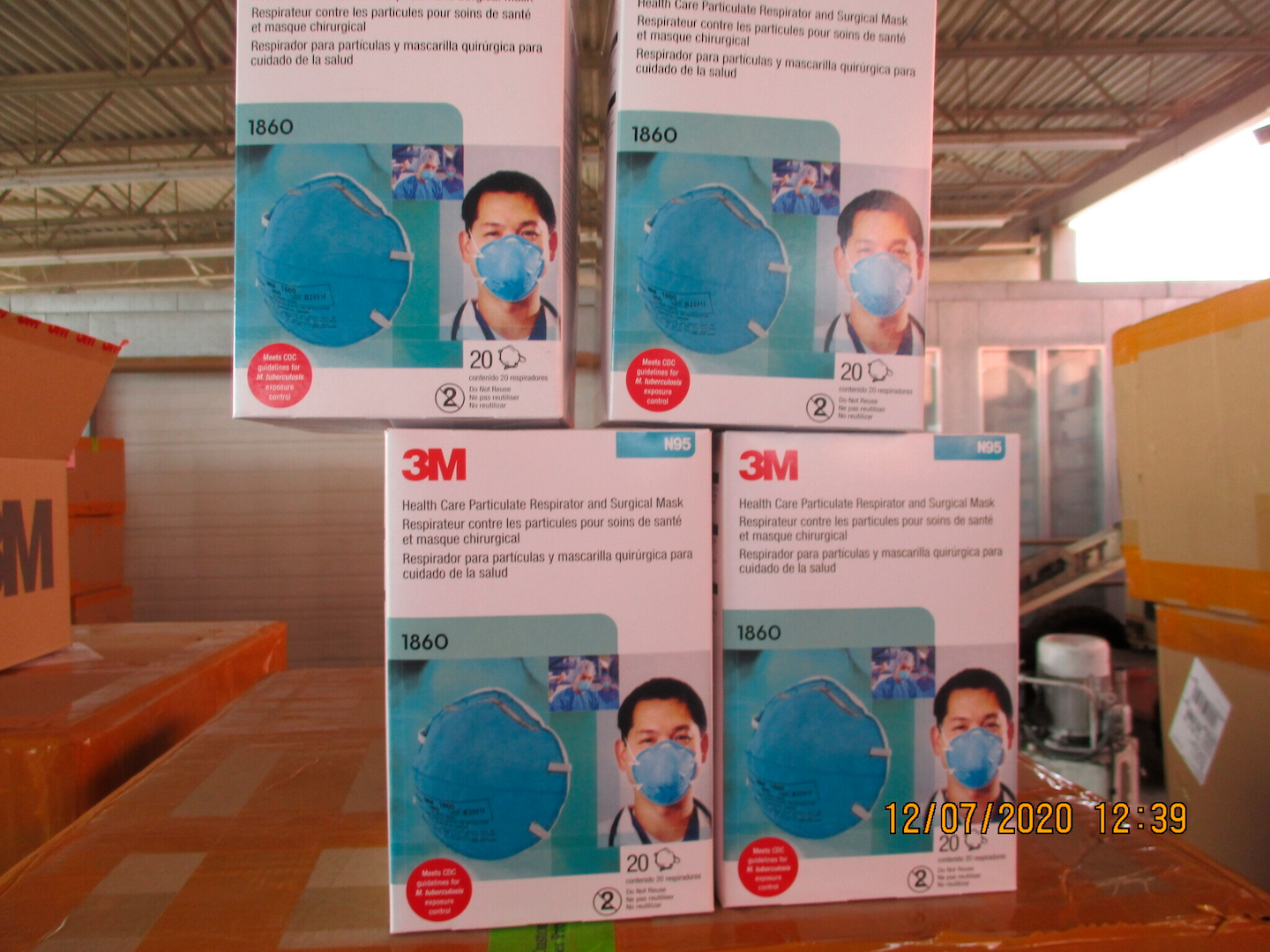 This December 2020 image provided by U.S. Immigration and Customs Enforcement (ICE) shows counterfeit N95 surgical masks that were seized by ICE and U.S. Customs and Border Protection.ICE via AP

During the pandemic, Homeland Security Investigations has used its 7,000 agents in tandem with border officials, the Food and Drug Administration and the FBI to investigate scams, seize phony products and arrest hundreds of people to help stop fraud. The effort is based at the National Intellectual Property Rights Coordination Center, a government watchdog aimed at enforcing international trade laws and combating intellectual property theft.

There have been already more than 1,250 raids by law enforcement that resulted in the seizure of 10 million counterfeit 3M masks alone. The company has filed more than a dozen lawsuits over reports of fraud, counterfeiting and price gouging.

There are many other reports of fraudulent masks that have reached frontline workers.

In the latest matter, Homeland Security investigators sent an email warning of potential fraud to certain states. The email, viewed by The Associated Press, said 3M N95 mask models 1860 and 1860S may have been provided by a company called Q2 Solutions and the masks may be fraudulent. The masks have a seal that says “Peru," which is not used outside of Latin America. The company is based in Miami and has offices around the U.S. and globally. It did not respond to requests for comment.

Officials in Washington state examined their mask supply, which had come from a different company, and discovered that 300,000 masks they had purchased for about $1.4 million were counterfeit. Officials are investigating.

Beth Zborowski of the Washington State Hospital Association said the fraud has the potential to affect 1.9 million masks but they are mostly in stockpile now rather than general circulation.

She said the mask supplier had been vetted and the masks "passed all the physical and visual inspection test.” Zborowski said that for a time, the association could not get the masks directly from 3M, but the company now is expediting its order after learning of the fraud.

Health care workers “have plenty of anxieties on a day-to-day basis. They don’t need to also worry about whether their masks are fake,” she said.