President Donald Trump's high-profile trade offensives have grabbed headlines and rattled financial markets around the world. He's battling China over the industries of the future, strong-arming Canada and Mexico into reshaping North American trade and threatening to tax cars from Europe. 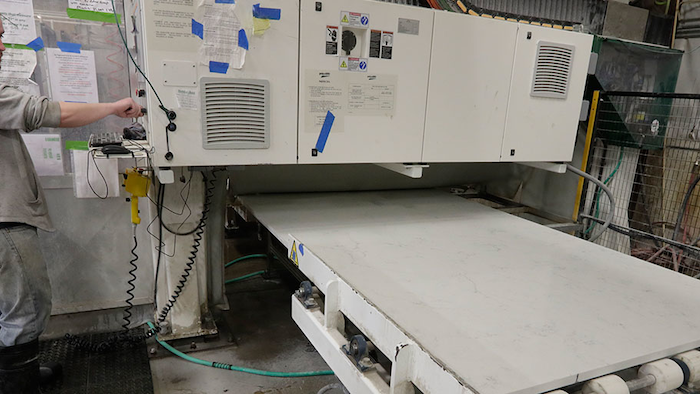 WASHINGTON (AP) — President Donald Trump's high-profile trade offensives have grabbed headlines and rattled financial markets around the world. He's battling China over the industries of the future, strong-arming Canada and Mexico into reshaping North American trade and threatening to tax cars from Europe.

But his trade warriors are fighting dozens of more obscure battles — over laminated woven sacks from Vietnam, dried tart cherries from Turkey, rubber bands from Thailand and many others.

Under the radar, the Trump administration has launched 162 investigations into allegations that U.S. trading partners dump products at cut-rate prices or unfairly subsidize their exporters — a 224 percent jump from the number of cases the Obama administration pursued in the same time in office.

If the U.S Commerce Department finds that U.S. companies have been hurt — and ultimately if the independent International Trade Commission goes along — the offending imports are slapped with duties that can price them out of the market.

On Thursday, for instance, the department announced levies of up to 337 percent in combat over kitchen and bathroom countertops — or at least over the imported quartz slabs from China that many of them derive from.

These cases have nothing directly to do with the mother of all Trump's trade wars: a cage match with China over Beijing's aggressive push to transform Chinese companies into world leaders in cutting-edge industries like artificial intelligence and electric cars. In that one, the world's two biggest economies have slapped tariffs on hundreds of billions of dollars' worth of each other's products.

The smaller antidumping and "countervailing duty" (aimed at unfair subsidies) cases are usually brought by U.S. companies or industries that say they're being victimized by foreign competitors. But for the first time in more than 25 years, the administration in 2017 brought a case on its own — against a common alloy aluminum sheet from China — without waiting for an industry's plea for help.

"They're much more aggressive in every way," said Mary Lovely, a Syracuse University economist.

Commerce Secretary Wilbur Ross says that the administration's trade policies have "irrevocably changed the conversation on trade" and that the dumping and subsidy cases "help level the playing field for U.S. companies and workers."

Like any conflict, though, the battles over remote patches of the commercial marketplace leave winners and losers. Lovely says the Trump administration's intervention in trade cases risks "tilting the playing field toward particular industries," driving up prices and making the economy less efficient by driving away competition.

Whatever the impact, the administration's America First approach to trade is encouraging more companies to bring more cases.

"Everybody knows that this administration is concerned about unfair trade and is very willing to offset unfair trade where that is warranted.," said Gilbert Kaplan, the Commerce Department's under secretary for international trade.

The dollar amounts in antidumping and countervailing duty cases are too small to make a real dent in the $21 trillion U.S. economy.

But for the companies involved, the stakes often couldn't be higher.

America's struggling newspapers, for instance, saw their costs spike when the Commerce Department last year imposed antidumping and countervailing duties on Canadian newsprint. Some newspaper companies planned layoffs as a result. But in August, the trade commission, which acts as an independent tribunal in trade cases, overturned the duties, sparing newspapers devastating cost increases.

The newsprint case was brought by a single company: a hedge fund-owned paper producer in Washington state.

Likewise, the offensive against imported quartz slabs from China originated from a single complaint: Cambria, a maker of quartz products, including high-end kitchen and bathroom countertops, based in Le Sueur, Minnesota.

Cambria CEO Martin Davis says the U.S. marketplace was flooded by low-priced quartz slabs from China. Commerce Department figures show that imports from China surged 78 percent in 2016 and 54 percent in 2017. The influx, Davis said, was subsidized by the Chinese government.

"My company was going down," he said.

Davis sought relief from the government. He said that pursuing the case has cost him $5 million. Commerce agreed to impose antidumping and countervailing duties on Chinese quartz slabs last year.

The levies are bad news for U.S. companies that make countertops from imported quartz. Jeff Keck of Marble Uniques in Tipton, Indiana, says the higher duties struck while his company was working on a contract to provide quartz countertops to an apartment complex.

"We will lose money on the project," he said.

Making things worse from his perspective: The duties are retroactive to August.

Paul Nathanson, spokesman for the American Quartz Worker Coalition set up to fight the duties, said that Cambria is abusing trade law.

"They are using the U.S. government to try to wipe out their competitors," he said.

The ITC held a hearing last week at which opponents of the duties argued that high-end Cambria doesn't actually compete with inexpensive Chinese imports. The commission is expected to rule on the case next month. If it finds that Cambria wasn't hurt by the imports, the ITC could strike down the duties.

For now, the sanctions on quartz imports are helping some businesses, and not just Cambria. Among them is Blackbird Manufacturing, an Owensboro, Kentucky, company that makes stone countertops. CEO David Thomas said that Blackbird couldn't compete with low-priced Chinese quartz for contracts with penny-pinching hotel chains.

Now that Chinese quartz slabs are now being taxed out of the market, "we're getting jobs landing twice a week, and they're big jobs," Thomas said. Blackbird has hired about 15 workers since June and now has a staff of 52. He plans to add 20 more this year.

But as the administration mounts trade cases in dozens of industries, many companies, especially small ones, can be blindsided by duties they didn't see coming, said Paula Connelly, a trade lawyer in Woburn, Massachusetts.

"I've been in this business a long time, and I've never seen this volume of investigation," she said.

Recently, she has fielded calls from importers who were hit unexpectedly by the big tariffs on quartz. One business owner said he might have to close shop.

"They had two days to come up with a couple of hundred thousand dollars in antidumping and countervailing duties," she said.