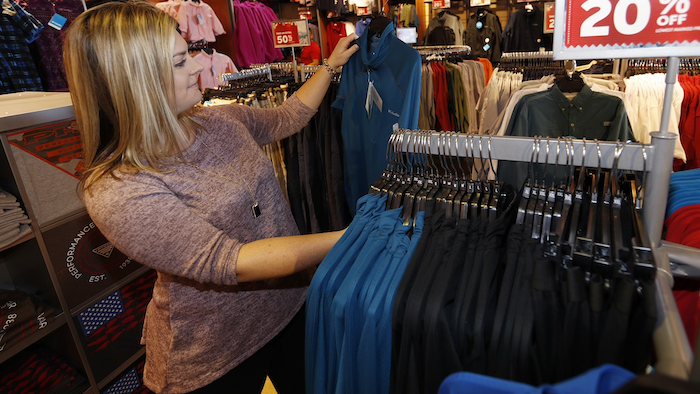 In this Dec. 24, 2018, file photo Devyn Kirkpatrick looks over a discounted winter coat at a Columbia store as last-minute shoppers finish up their Christmas gift lists at the Outlet Malls in Castle Rock in Castle Rock, Colo. Image credit:

U.S. consumer spending tumbled 0.5 percent in December, the biggest decline in nine years, as the holiday shopping season ended in disappointment. Meanwhile, incomes rose sharply in December but edged down in January.

The fall in consumer spending followed sizable gains of 0.7 percent in October and 0.6 percent in November, the Commerce Department reported Friday. December's result means that spending for the quarter decelerated significantly, a primary factor in the slowing of overall economy in the final three months of the year. Gross domestic product recorded a growth rate of 2.6 percent after a 3.4 percent gain in the third quarter.

Incomes jumped 1 percent in December, though slipped 0.1 percent in January. The government did not release spending data for January because of delays stemming from the government shutdown.

The big fall in spending reflected sizable declines in purchases of durable goods such as autos, as well as nondurable goods such as clothing during the all-important holiday shopping season. The result shows that consumer spending, which accounts for 70 percent of economic growth, was showing significant weakness heading into the current quarter.

Many economists believe that GDP growth will slow further during the current January-March period, with some expecting GDP to drop to a growth rate of 2 percent or lower.

Inflation, as measured by a gauge preferred by the Federal Reserve, was up 1.7 percent for the past 12 months ending in December. That's the slowest 12-month pace since a similar 12-month gain for the period ending in October 2017 and is below the Fed's 2 percent target for annual price increases.

Federal Reserve Chairman Jerome Powell told Congress this week that with a number of economic risks facing the country and with inflation so low, the central bank intends to be "patient" in deciding when to change interest rates again.

The move to a prolonged pause in further rate hikes, which the Fed had announced at its January meeting, has cheered financial markets which had been worried that the central bank, which hiked its benchmark rate four times last year, could move rates up too quickly, raising the risks of an economic downturn.

The spending and income report showed that the saving rate jumped to 7.6 percent of after-tax income in December, compared to 6.1 percent in November. That was the highest saving rate since January 2016. 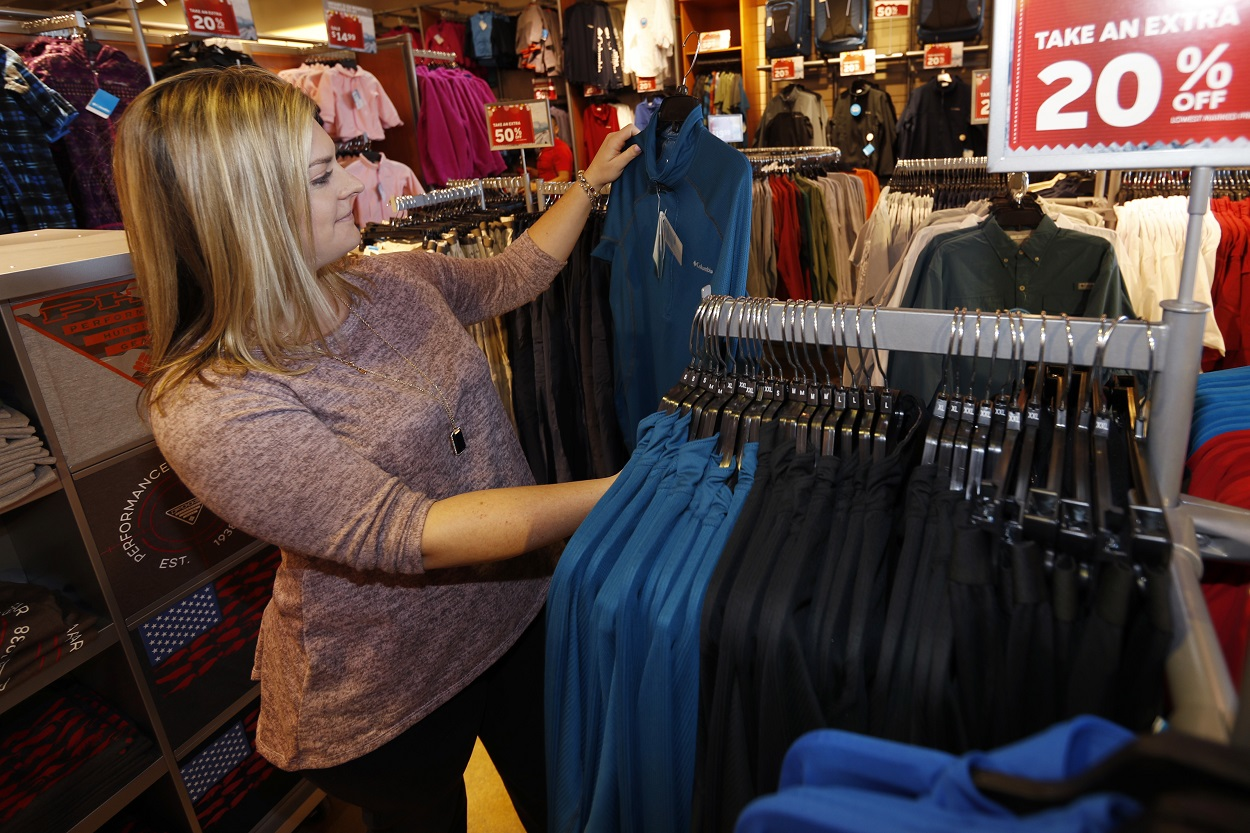 In this Dec. 24, 2018, file photo Devyn Kirkpatrick looks over a discounted winter coat at a Columbia store as last-minute shoppers finish up their Christmas gift lists at the Outlet Malls in Castle Rock in Castle Rock, Colo. Image credit:
Latest in Supply Chain