Last October, Giga Watt was on a scorching upward trajectory. Last month, beset by millions in debt, ongoing legal problems, and questions about its unconventional financing, the company laid off 80 percent of its staff and suspended all construction. 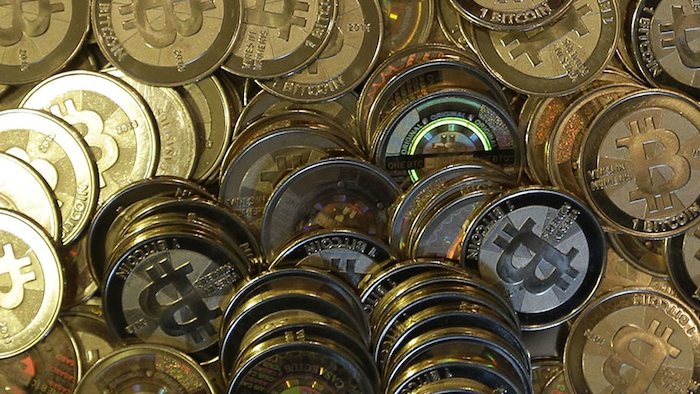 For one of the biggest names in Central Washington's bitcoin boom, 12 months has made a world of difference.

Last October, Giga Watt was on a scorching upward trajectory. With prices for bitcoin and other cryptocurrencies soaring and international investors clamoring for a piece of the digital action, the East Wenatchee-based company had expanded to 62 employees and raised tens of millions of dollars for what it hoped would be a game-changing project: a sprawling campus of 24 prefabricated buildings where would-be crypto "miners" could run their own computers and solve the complicated mathematical algorithms that yield the digital gold.

As the pods arose from a muddy site near the Douglas County airport, local government officials talked excitedly about the emergence of a new, 21st-century industry based on the complex "blockchain" technologies that enable bitcoin and other cryptocurrency. Giga Watt and its founder, a former Seattle-area programmer named Dave Carlson, saw themselves on that revolution's cutting edge.

Now it's a starkly different picture. Last month, beset by millions of dollars in debt, ongoing legal problems and questions about its unconventional financing, Giga Watt laid off 80 percent of its staff and suspended all construction. Carlson himself stepped down in August.

The moves come as the volatile sector, which ignited a small gold rush in the mid-Columbia Basin, is struggling with softening cryptocurrency prices and uncertain costs for its prime "raw material," cheap electricity. The market correction has wiped out many small players and forced even some larger players to rewrite their plans.

In the face of rising losses, Giga Watt had to make "some really radical changes," said George Turner, who will run the company until a new CEO is appointed. "It became very clear to us these last few months that we couldn't wait."

Carlson declined to be interviewed, but said in a brief message that he left Giga Watt because he "just wasn't able to effect what I felt strongly was the right direction" for the company.

Some of Giga Watt's current wounds have been self-inflicted. By the time Carlson departed, the company was reeling under roughly $5 million in debt, much of it to contractors, thanks mainly to construction delays and cost overruns on the pod project, said Turner.

Giga Watt has also been hit by several investor lawsuits over its use of a widespread but controversial financial strategy — known as an "initial coin offering," or ICO — in which companies raise capital by selling their own, custom-engineered cryptocurrency.

Hundreds of investors, many of them from the Seattle area, paid Giga Watt $22.6 million, mainly in the form of bitcoin, etherium and other cryptocurrencies, in exchange for special Giga Watt digital coins or "tokens," Turner said. These tokens entitled the investors to use Giga Watt's hosting services for their own mining computers, at a discounted price, once those services came online, Turner said.

After selling the tokens, Giga Watt converted the cryptocurrency it collected into dollars, which the company then used to finance the construction of mining pods, Turner said.

The ICO money was on top of another $25 million in backing from Carlson and the company's three other owners, according to Max Smetannikov, a spokesman for co-owner Leonid Markin. All told, some $47 million has been put into Giga Watt, according to figures provided by Smetannikov.

But because pod construction has been delayed (to date, only a demonstration pod is actually mining, Turner said), investors have seen little return.

ICOs have drawn increased scrutiny from investors and regulators. Because ICOs are largely unregulated, unlike sales of company shares and other securities, there are fears that some cryptocurrency entrepreneurs use ICOs as a way to skirt securities laws. Several of the investors suing Giga Watt, in federal court in Spokane, argue that Giga Watt's ICO sales violated securities laws.

But Giga Watt's woes also reflect broader industrywide challenges that have emerged in the last 12 months. The plunge in cryptocurrency prices — since its peak in December, Bitcoin has fallen from nearly $20,000 to around $6,300 — has made it hard for Giga Watt and other hosting firms to raise much-needed capital or attract hosting clients.

At the same time, even as mining revenues have declined, the price of is likely to rise as utilities sour on a sector that is increasingly seen as risky.

That growing skepticism is evident in the mid-Columbia Basin, where hydroelectric dams in Chelan, Douglas, and Grant counties produce electricity for less than a quarter the national average cost. It was that cheap power that attracted Carlson and a handful of other miners to the agricultural region beginning in 2012.

Since 2012, the cost of power to mine a single bitcoin has climbed from around $2 to more than $2,000, Turner said. But because bitcoin prices were rising even faster, miners were more than willing to pay those power bills. By late 2017, that enthusiasm had transformed the mid-Columbia Basin into a digital boomtown. Would-be miners from as far away as China flooded the three public-power utilities with request for staggeringly large amounts of electricity.

In Grant County alone, miners requested approximately 1,500 megawatts of power — or nearly three times as much as the county's residents and businesses were using, said Grant County PUD spokesman Ryan Holterhoff. Chelan and Douglas counties have also seen a surge in demand from prospective miners. A megawatt is enough to power around 600 homes. At Giga Watt, Carlson's pod project was slated to use 30 megawatts.

Some local officials have argued that cryptocurrency companies were turning megawatts into high-paying tech jobs and tax revenues. But the sector's appetite for power also sparked a backlash among some residents and commercial users. The fear is that cryptocurrency miners will use power that could otherwise be sold more profitably to out-of-state customers — a pattern that might eventually cause local power rates to rise. Utility officials in Chelan and Grant counties have responded by proposing higher rates for miners. Grant County PUD, for example, has enacted an "evolving industries" rate that, depending on how rapidly the cryptocurrency industry continues to grow in the county, could nearly double power prices for miners.

At such high rates, warns Giga Watt's Turner, "frankly, it would no longer be profitable to mine."

For Turner, the counties' message is clear: Much of the mid-Columbia Basin no longer wants to be the epicenter of this volatile industry. "They have not said it in those words," Turner said, referring to Grant County's new rate. "But certainly if you look at the decisions coming from the county board, from the PUD now, it's difficult to come to any other conclusion."

Partly for that reason, Turner said, Giga Watt is diversifying its business model. The company plans to use some of its hosting capacity to provide other computing services, such as cloud computing for artificial-intelligence applications.

Not everyone in the basin is so bearish on bitcoin. Malachi Salcido, a Wenatchee contractor who owns what is now the basin's largest mining operation, said the current price swoon is merely a "market correction" — the fourth he has experienced since starting in 2012.

He remains heavily invested in cryptocurrency mining: His company, Salcido Enterprises, operates mines in Chelan and Douglas counties with a total of 18 megawatts of mining capacity. He expects to bring on another 24 megawatts of local mining capacity by the end of 2019, and also has plans for substantially more mining capacity in subsequent years. But, Salcido said, much of his future growth will come outside the basin, and he will also shift some computing capacity to other applications, such as artificial intelligence.

Giga Watt, meanwhile, seems to be hanging on, at least for the moment. Since the layoffs, the company has rehired seven workers, Turner said. Although three investor lawsuits are pending — including one filed October 2 — the company has persuaded some token holders to accept a lower valuation for their tokens, Turner said.

Giga Watt is also getting creative in finding revenue. To pay down its debts, the company will begin mining its own bitcoins, rather than merely hosting for other miners. Turner said the company will put roughly 900 computer servers to work and expects to be generating cryptocurrencies worth between $60,000 and $80,000 a month.

"That by itself is not going to solve our problems," he acknowledged. "But we've reached the point where we're looking for every possible legitimate stream of revenue" that will "help us dig our way out of this."