China's June Trade With North Korea Falls By More Than Half 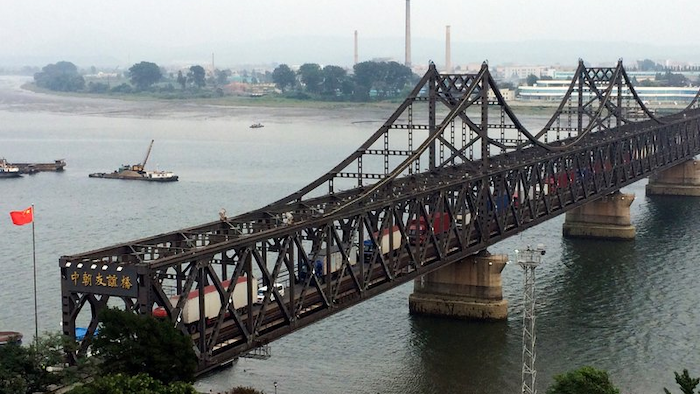 Exports of Chinese oil and other goods to the North fell 40.6 percent, a customs agency spokesman, Huang Songping, said at a news conference. He gave no financial totals.

American Secretary of State Mike Pompeo, who visited Pyongyang this month, said sanctions wouldn't be lifted until Kim follows through on his pledge to scrap its nuclear weapons.

China provides nearly all of the isolated North's trade and energy supplies. Beijing has imposed limits on oil exports and sharply reduced North Korean revenue by banning purchases of its textiles, seafood and coal.

Beijing was long Pyongyang's diplomatic protector but has supported the U.N. sanctions out of frustration at what Chinese leaders see as their neighbor's increasingly reckless behavior.

Also Friday, a deputy Chinese foreign minister sounded a reassuring note about North Korea after Trump complained Beijing might be disrupting diplomatic efforts due to its trade dispute with Washington.

The official, Kong Xuanyou, said there has been "positive momentum" and Beijing is in "close coordination" with Washington.

"We will stay in touch with the United States through various channels in a joint effort to uphold peace and stability on the peninsula to facilitate the political settlement of the Korean issue," Kong said.

If the governments involved "candid discussions as equals," then "all the questions will find the right answers," he said.
___