The eurozone economy is enjoying its strongest and most sustained period of growth since a short-lived bounce-back following the global financial crisis. 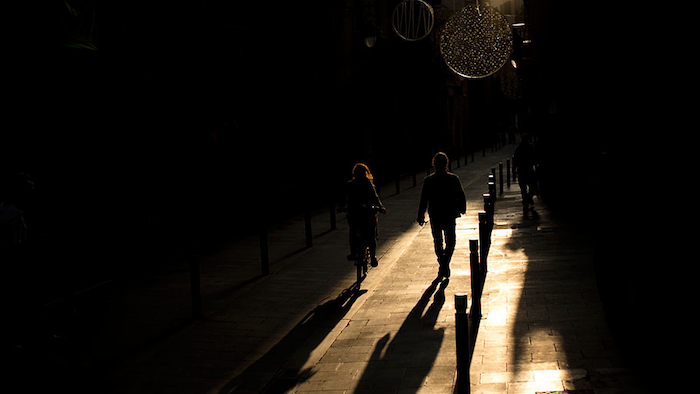 LONDON (AP) — The eurozone economy is enjoying its strongest and most sustained period of growth since a short-lived bounce-back following the global financial crisis.

Official figures released Tuesday showed that the single currency bloc, which is made up of 19 countries, was 2.5 percent bigger in the third quarter of 2017 than it was the year before.

That's the highest annual growth rate since the first quarter of 2011, when the eurozone, like other major economies around the world, witnessed a temporary rebound from the deep recession caused by the global financial crisis. While the recovery in the United States slowly gained momentum, the eurozone's was undermined by persistent debt problems in countries like Greece.

The update from Eurostat provides further confirmation that the eurozone has gained momentum this year after sidestepping a series potential risks, notably through the defeat of populist, euroskeptic parties in elections in major economies like France. Worries over Greece's future in the single currency bloc have also abated while the current tensions in Spain over the region of Catalonia's bid for independence do not — yet — appear to be shaking confidence either.

Though no country-by-country breakdown was provided, it's clear from a series of surveys that the eurozone economic growth is more broad-based both across sectors and countries — it's no longer heavily reliant on its powerhouse economy, Germany.

Eurostat found that the eurozone expanded by a quarterly rate of 0.6 percent during the July-September period, way above its average since the global financial crisis first flared up a decade ago. Though the quarterly rate was down slightly on the stellar 0.7 percent tick recorded in the second quarter, it's modestly higher than expectations for a 0.5 percent rise.

The robust growth has helped unemployment fall consistently over the past year, and in September the number of jobless declined by a further 96,000, which helped the unemployment rate drop to 8.9 percent from 9.0 percent the previous month. That's the lowest rate since January 2009, when the global economy was in the midst of its worst recession since World War II.

Oliver Kolodseike, senior economist at the Centre for Economics and Business Research, said "consumer spending should continue to support the economic recovery" over the coming months in light of sustained falls in the number of people out of work and as wages outstrip inflation.

Inflation, according to another report by Eurostat, remains weak with consumer prices increasing only 1.4 percent in the year to October, down from 1.5 percent the previous month. The main reason why inflation fell further away from the European Central Bank's goal of just under 2 percent was that the core rate, which strips out volatile items such as energy and food, unexpectedly fell to 0.9 percent from 1.1 percent. The consensus in the markets was for an unchanged rate.

A recent uptick in inflation towards the ECB's goal coupled with the improving economic backdrop prompted the central bank to ease the pace of its bond-buying stimulus program. Last week, the ECB said it would halve its bond purchases to 30 billion euros ($35 billion) per month starting in January, from 60 billion euros currently, and keep them going until at least September 2018. The bank kept some flexibility in its statement, saying that it could increase the purchases if the 19-country eurozone endures a new economic shock.

Production and shipment problems will push deliveries to 2022.
Nov 5th, 2021
Follow Us
Most Recent